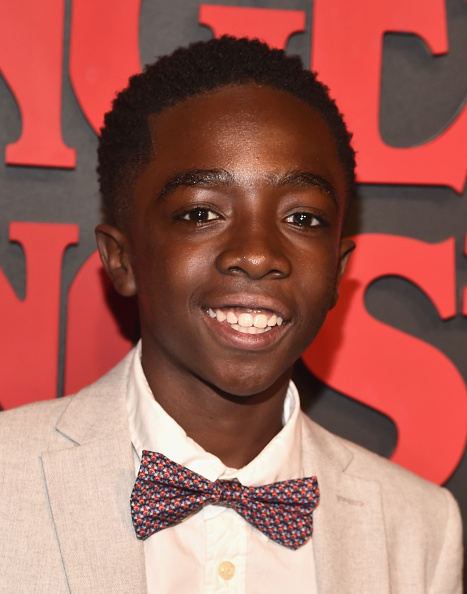 How much does Caleb McLaughlin earn and what is his net worth?

McLaughlin was born in New York City, New York on October 13, 2001 and grew up in Carmel, New York. He attended Kent Primary School for one year before transferring to George Fischer Middle School. During this period, he was already attending auditions and pursuing an acting career. In addition, he opted to spend a year studying dance at Happy Feet Dance School in Carmel, New York. One year was also spent in the Seven Star School of Performing Arts in Brewster. After that, he joined at The Harlem School of the Arts, where he trained under former “Lion King” producer Audrey Lynch.

McLaughlin’s first performing role was in the opera “Lost in the Stars,” which was performed at the Glimmerglass Opera House in Cooperstown, New York. In 2012, McLaughlin was cast in “Noah Dreams of Origami Fortunes,” a short film. From 2012 to 2014, he portrayed Young Simba in “The Lion King” at the Minskoff Theatre on Broadway. He also began to audition for television shows and earned many guest parts in series such as “Law & Order: Special Victims Unit,” “Unforgettable,” “Forever,” and “What Would You Do?”

In 2016, McLaughlin scored his breakthrough role as Lucas Sinclair in “Stranger Things.” Set in a tiny village in the 1980s, the show is a science fiction comedy horror drama. It recounts the exploits of a small group of friends, including McLaughlin’s character, who attempt to unravel the mystery surrounding the disappearance of one of the town’s high school students and other odd occurrences. The first season of the program was incredibly popular and smashed several Netflix viewing records. The ensemble cast of the program earned the 2017 Screen Actors Guild Award for Outstanding Ensemble Performance in a Drama Series. McLaughlin was nominated for Best Performance in a Digital TV Series or Film – Teen Actor at both the Young Artists Awards and the BET Awards. McLaughlin continued to get plaudits for his portrayal in succeeding seasons of “Stranger Things,” during which he reprised his character. In 2018, he was awarded the NAACP Image Award for Outstanding Youth Performance. He was also nominated for the 2019 Nickelodeon Kids’ Choice Award for Favorite Male Actor and the 2019 Teen Choice Award for Choice Summer TV Actor. The fourth season of “Stranger Things” has been deferred for release in 2022 due to the Covid-19 epidemic.

While starring in “Stranger Things,” McLaughlin continued to try out for more parts. He secured parts in “Blue Bloods” in 2016, “The New Edition Story” in 2017, and “Lip Sync Battle” alongside the actors of “Stranger Things” in 2017. In 2018, he appeared in “Final Space,” and from 2018 to 2021, he provided his voice for four episodes of “Summer Camp Island.” In 2019, he secured a role in “High Flying Bird,” and in 2020, he will star with Idris Elba and Jharrel Jerome in “Concrete Cowboy.” In September of 2020, the film premiered at the Toronto Film Festival to rave reviews.

McLaughlin was named in the Forbes 30 Under 30 Class of 2021 in the category of Hollywood & Entertainment in December 2020.

McLaughlin has been vocal about self-esteem and body acceptance promotion. He led the “#EmbraceYourFace” and “#BeYourBiggestFan” social media initiatives, both of which aimed to convey positive messages of self-love and acceptance. McLaughlin used his platform in 2020 to encourage people to vote in the 2020 United States presidential election.

McLaughlin wants to maintain his dating and personal life in secret. In an interview in 2021, he disclosed he was unmarried and that he likely would not announce his relationship status even if he were in one. Some fans have claimed that he formerly dated his on-screen girlfriend, Sadie Sink, despite the fact that the two have stated they are only friends in real life. During the final episode of the second season of “Stranger Things,” the couple experienced their first kiss, both on-screen and in real life.

In the second season of Stranger Things, Caleb McLaughlin was paid $30,000 each episode. In March 2018, it was disclosed that his episode-by-episode compensation for the third season had been increased to $250,000! There were eight episodes in the third season, thus the gross before taxes and fees was around $2 million. He was compensated $2.25 million for the fourth season’s nine episodes.