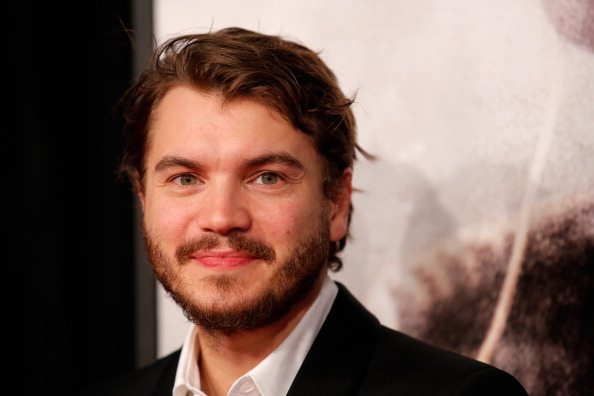 What is the net worth of Emile Hirsch?

American film actor Emile Hirsch has a net worth of $12 million. Emile Hirsch is most recognized for his roles in “Into the Wild,” “Lords of Dogtown,” “Alpha Dog,” “Speed Racer,” and “Milk,” among others. He has voiced characters in the animated shows “Trollhunters” and “Wizards: Tales of Arcadia” Other works by Hirsch include “Prince Avalanche,” “Lone Survivor,” “Just Jim,” and “Never Grow Old.”

Emile Hirsch was born in Los Angeles, California on March 13, 1985 to Margaret, a visual artist and educator, and David, a producer, manager, and entrepreneur. Jennifer is his older sister and she is of German-Jewish, Scotch-Irish, and English descent. Hirsch was reared in both Los Angeles and Santa Fe, New Mexico, during his formative years.

In 1996, Hirsch made his acting debut in an episode of the short-lived Fox series “Kindred: The Embraced.” He later appeared on “3rd Rock from the Sun,” “Early Edition,” and “Players.”

In 2002, Hirsch made his big-screen debut in the drama-comedy “The Dangerous Lives of Altar Boys,” based on Chris Fuhrman’s eponymous coming-of-age novel. He featured opposite Kieran Culkin, Jena Malone, and Jodie Foster in the film. In the same year, he got an additional major part in the drama “The Emperor’s Club,” with Kevin Kline. Hirsch subsequently played in the leading parts in the LGBT drama “The Mudge Boy” and the romantic comedy “The Girl Next Door” opposite Elisha Cuthbert. In 2004, he portrayed one of Jeff Daniels’ and Sigourney Weaver’s sons in “Imaginary Heroes.” In 2005 and 2006, he played skateboarder Jay Adams in “Lords of Dogtown” and heroin dealer Johnny Truelove, based on the real-life Jesse James Hollywood, in “Alpha Dog.”

Early in 2007, Hirsch appeared in the criminal thriller “The Air I Breathe” as a supporting character. Later same year, he had his most lauded performance to date in Sean Penn’s historical film “Into the Wild,” in which he portrayed Christopher McCandless, a real-life nomad. Hirsch shed 40 pounds for the part. The actor was nominated for several awards, including one for Outstanding Performance by a Male Actor in a Leading Role from the Screen Actors Guild. Hirsch’s notoriety continued to soar in the years that followed. In 2008, he portrayed the title character in the action comedy “Speed Racer” and homosexual rights pioneer Cleve Jones in the renowned biopic “Milk” by Gus Van Sant. Hirsch portrayed a Vietnam War soldier in Ang Lee’s “Taking Woodstock” the following year.

In 2011, Hirsch featured in “Killer Joe,” a black comedy crime film, and “The Darkest Hour,” a science fiction action picture. The next year, he appeared in three films: Oliver Stone’s “Savages,” Sergio Castellitto’s “Twice Born,” in which he co-starred with Penélope Cruz, and the Polsky brothers’ “The Motel Life,” which also starred Stephen Dorff, Dakota Fanning, and Kris Kristofferson. In 2013, Hirsch played alongside Paul Rudd in “Prince Avalanche” and alongside Mark Wahlberg, Taylor Kitsch, and Ben Foster in “Lone Survivor.” “Ten Thousand Saints,” “Just Jim,” “Vincent N. Roxxy,” “The Autopsy of Jane Doe,” “All Nighter,” “The Chinese Widow,” “An Evening with Beverly Luff Linn,” “The Outsider,” and “Freaks” were his later credits. Hirsch played Jay Sebring, a victim of the Manson family murders, in Quentin Tarantino’s “Once Upon a Time in Hollywood” in 2019. He starred in the British drama “Peel” and the revisionist Western “Never Grow Old” in the same year.

Hirsch remains busy in the film industry. He starred in the 2020 films “Force of Nature” and “The Comeback Trail.” Following this, he appeared in four films in 2021: “Son,” “Midnight in the Switchgrass,” “American Night,” and “Trollhunters: Rise of the Titans” Later works by Hirsch include “The Immaculate Room” and “Dig.”

“Gargantua” was the first television picture in which Hirsch played a prominent part. In the same year, he portrayed the juvenile version of the escapologist in the TNT television film “Houdini.” In 1999, Hirsch appeared in a variety of television programs, including “Two of a Kind,” “Sabrina, the Teenage Witch,” “Promised Land,” “The Pretender,” “NYPD Blue,” and “ER.” In the 2001 television film “Wild Iris,” co-starring Laura Linney and Gena Rowlands, he had his next important part. Hirsch did not return to television until 2013, when he featured in the miniseries “Bonnie & Clyde” as Clyde Barrow. Five years later, he voiced Jim Lake Jr. in the Netflix animated series “Trollhunters,” a role he will reprise in the upcoming limited series “Wizards: Tales of Arcadia.”

In addition to his work in cinema and television, Hirsch has also had a successful career in music. He released his debut album entitled “Mnemonic” in 2019. He then issued the songs “American Dreamin'” and “Casual Animal” The band has also released the singles “Remember Days When,” “Hard Hearts,” “The Same Different,” and “Favors.” In March of 2021, Hirsch published his second album, “Denihillism.”

Personal History and Conviction for Assault

Hirsch was blessed with a son called Valor in 2013. Hirsch is no longer in a relationship with the mother of the kid.

Early in 2015, Hirsch was charged with aggravated assault for allegedly assaulting Paramount Pictures executive Daniele Bernfeld at a Park City, Utah nightclub. As he was supposedly inebriated, he said he could not recollect the event. Hirsch pled guilty to misdemeanor assault in August 2015 and was sentenced to 15 days in jail, a $4,750 fine, 50 hours of community service, and 90 days of probation. After this, he joined a rehabilitation center.