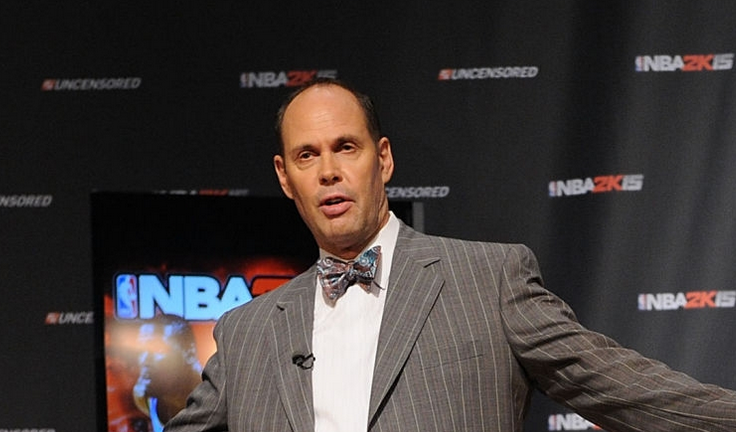 What is the Net Worth and Salary of Ernie Johnson, Jr.

Ernie Johnson Jr. is an American sportscaster with a $16 million net worth and a $5 million yearly income. Ernie Johnson Jr. is a sportscaster for Turner Sports and a studio host for TBS’s coverage of Major League Baseball. In addition, he presents “Inside the NBA” on TNT and NBA TV and contributes to CBS Sports’ coverage of the NCAA Division I Men’s Basketball Tournament. Johnson also does play-by-play coverage for the PGA Tour.

Johnson began his career as an anchor and reporter for many local news programs. While still in college, he obtained his first sportscasting job as the news and sports director at the WAGQ-FM radio station in Athens, Georgia. After this, he became a news anchor at WMAZ-TV in Macon in 1979, a post he kept until 1981. Then, Johnson became a news reporter for WSPA-TV in Spartanburg, South Carolina, before returning to Atlanta to work as a general assignment news reporter for WSB-TV. In 1983, he also became the weekend sports anchor for that channel.

Johnson joined Turner Sports in 1989. The next year, he began presenting TNT’s “Inside the NBA” postgame program. Johnson is joined in the studio by commentators Charles Barkley, Kenny Smith, and Shaquille O’Neal, as well as infrequent appearances by Grant Hill, Draymond Green, and Chris Webber. “Inside the NBA” has won several Sports Emmy Awards throughout the years.

Johnson cohosts “Tuesday Fan Night” alongside Chris Webber and Greg Anthony on NBA TV, among his other hosting duties for basketball coverage. He also presents and moderates the panel show “Open Court” on that channel, where he discusses NBA history, current events, and other topics with rotating panelists. In addition to presenting on TNT and NBA TV, Johnson contributes to CBS Sports’ coverage of the NCAA Division I Men’s Basketball Tournament.

Throughout his career, Johnson has been assigned to cover a variety of sports outside basketball. He covered college football for TBS and called Atlanta Braves baseball games alongside his father for SportSouth from 1993 to 1996. Alongside Cal Ripken Jr., Johnson was a studio host for MLB coverage on TBS from 2007 through 2009. Following this, he became the network’s principal broadcaster for MLB playoff coverage as a play-by-play announcer. On Peachtree TV, a sister network, he broadcast a number of Atlanta Braves games. Johnson also provides play-by-play commentary for TNT’s PGA Tour golf programming.

Johnson has five children with his professional counselor wife, Cheryl. Eric and Maggie are the biological children of the marriage, whilst Carmen, Ashley, and Allison were adopted. Michael, another adoptive kid, died in 2021 from a severe form of muscular dystrophy. Even though he was raised Catholic, Johnson identifies as an evangelical and frequently collaborates with religious organizations like Athletes in Action, Samaritan’s Feet, and Fellowship of Christian Athletes.

Johnson was diagnosed with non-Hodgkin lymphoma in 2003. After completing his treatment in June 2006, he was unable to compete in the last two major golf events of the year. Johnson returned to Inside the NBA in October while continuing his cancer treatment. Later, in 2018, he was diagnosed with blood clots in both of his legs, which prevented him from appearing on TBS during the MLB postseason.