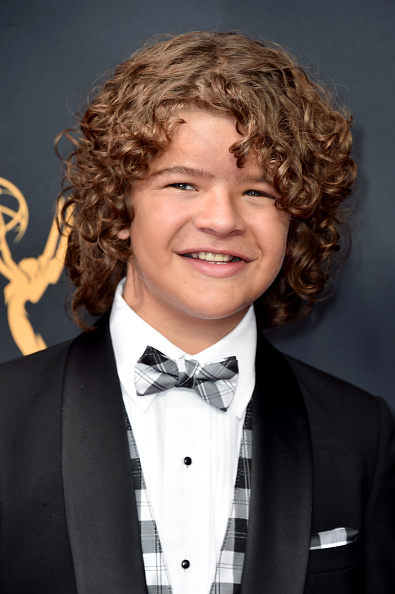 What is Gaten Matarazzo’s Salary and Net Worth?

American actor Gaten Matarazzo has a net worth of $5 million. Gaten began his career on Broadway, but gained widespread recognition as one of the stars of the Netflix science fiction/horror series “Stranger Things.” Matarazzo has received and been nominated for a number of accolades for his performance on the television series. Outside of “Stranger Things,” Gaten presents “Prank Encounters” on Netflix.

Matarazzo was born in Connecticut on September 8, 2002 with the name Gaetano John Matarazzo III. His Italian heritage is inherited from his father. His parents are Gaetano and Heather Matarazzo, and both of his siblings are also actors: Sabrina, his older sister, and Carmen, his younger brother. When he was born, he was diagnosed with cleidocranial dysplasia, a disorder that impairs the growth of bones and teeth but does not typically impact cognitive development.

Matarazzo was born in Connecticut but reared in Little Egg Harbor Township, New Jersey, where his grandparents own Matarazzo’s pizza and ice cream parlor.

Tuckerton, New Jersey’s Pinelands Regional High School was his alma mater. Additionally, he pursued voice instruction at the Starlight Performing Arts Center. In 2011, at the age of nine, he competed at the Starpower National Talent Competition in Uncasville, Connecticut. His vocal solo, “White Boy Summer,” was awarded third place.

Matarazzo recognized at an early age that he wanted to pursue acting and the theatrical arts. As a kid, he began to audition for plays on Broadway. In 2011, he had a role in the Broadway production of “Priscilla, Queen of the Desert” at the Palace Theatre. In 2014, he played in the Broadway production of “Les Miserables” at the Imperial Theatre. In 2015, he featured in an episode of “The Blacklist.” He then began landing television gigs.

In 2016, he had his big break when he was cast as one of the major characters in the Netflix series “Stranger Things.” Matarazzo was chosen from over a thousand other young actors who auditioned for the part. The show is a 1980s-set science fiction horror drama depicting the disappearance of a young kid and the occurrence of unusual supernatural occurrences in the town in tandem with this tragedy. The ensemble cast included several young performers, including Matarazzo, whose performances were critically applauded. Dustin Henderson, portrayed by Matarazzo, is a very brilliant young kid who enjoys “Dungeons & Dragons” and science and technology. The first season was a worldwide phenomenon, generating a record number of viewers on Netflix. The second and third seasons of the show, which premiered in 2017 and 2019, respectively, were renewed. The program has gained 39 Primetime Emmy Award nominations and six wins, in addition to numerous nominations and wins for other prestigious awards. Additionally, the ensemble of the first season earned the Screen Actors Guild Award for Outstanding Ensemble Performance in a Drama Series. Matarazzo received the 2017 Shorty Award for Best Actor. Due to the Covid-19 epidemic, the premiere of the fourth season on Netflix has been pushed back to 2022.

In the second season of Stranger Things, Galen Matarazzo was paid $30,000 each episode. In March 2018, it was disclosed that his episode-by-episode compensation for the third season had been increased to $250,000! There were eight episodes in the third season, thus the gross before taxes and fees was around $2 million. He was compensated $2.25 million for the fourth season’s nine episodes.

During his time on “Stranger Things,” Matarazzo continued to audition for and acquire roles in various television, film, and theatrical productions. Alongside the cast of “Stranger Things,” he participated as himself on a variety of reality-based game programs, including “Ridiculousness,” “Lip Sync Battles,” “Drop the Mic,” and “Prank Encounters.” On 2021, he appeared in an episode of “Nickelodeon’s Unfiltered” as himself. He starred in music videos for Katy Perry and Computer Games in 2017. In 2020, he starred in the music video for “Meet Me On The Roof” by Green Day.

Regarding the stage, he was cast as Jean-Michael in the Pinelands Regional Thespians’ 2018 production of “Cinderella.” In 2019, he portrayed Jack in the Los Angeles production of “Into the Woods” at the Hollywood Bowl.

Matarazzo has been quite open about his cleidocranial dysplasia diagnosis. His character in “Stranger Things” was adjusted to also have the illness, which has substantially boosted public awareness of it. Matarazzo utilizes his platform to continue raising awareness for CCD, and he also raises funds for the nonprofit CCD Smiles, which helps pay the expenses of oral surgery for those with CCD, an illness that affects the jaw and teeth. Matarazzo wears dentures himself. He uses his social media networks to promote CCD Smiles and numerous fund-raising activities in which people may join.

Matarazzo and Lizzy Yu have been in a relationship since March 2018, while they knew one other previous to Matarazzo’s appearance on “Stranger Things.” The pair frequently posts images of themselves on social media.