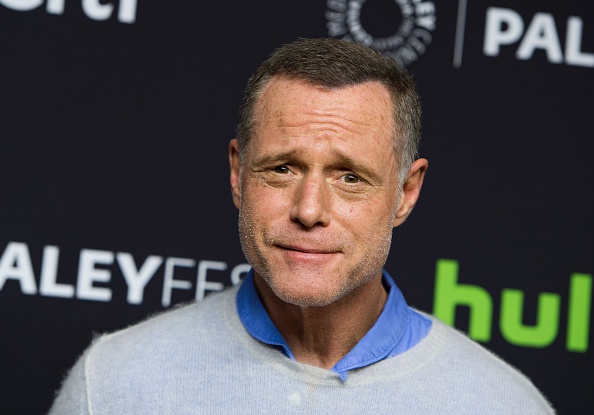 What is the Net Worth and Salary of Jason Beghe?

The net worth of the American film and television actor Jason Beghe is $9 million. Jason Beghe is best known for playing Detective Sergeant Hank Voight on the NBC police procedural series “Chicago P.D.” Prior to this, he appeared on “Picket Fences,” “Melrose Place,” “Chicago Hope,” “American Dreams,” and “Californication” in recurring roles. Among Beghe’s further film credits are “Monkey Shines,” “Thelma & Louise,” “G.I. Jane,” and “Safelight.”

Jason Beghe was born in New York City on March 12, 1960. He has three siblings, including Francesca, a singer-songwriter. Beghe attended the Collegiate School, a prestigious preparatory school for males, as a child. He became friends with John F. Kennedy Jr. and David Duchovny there. Beghe and Kennedy routinely spent time together outside of school, while the latter’s Secret Service detail watched their activities. Beghe pursued his higher studies at Pomona College in California. Before he became an actor, he worked as a model in Europe.

Beghe began his remarkable television career in 1986 with a minor part in the miniseries “Dress Gray,” a military drama. From 1986 through 1987, he had a recurring role on the HBO sitcom “1st & Ten.” Beghe later featured on “The Days and Nights of Molly Dodd,” “Alien Nation,” “Christine Cromwell,” “Murder, She Wrote,” “Mancuso, FBI,” “Quantum Leap,” and “Jake and the Fat Man.” He portrayed the recurring character of A.D.A. Petrovic on the CBS drama “Picket Fences” from 1992 to 1993. Following this, she appeared on “In the Heat of the Night,” “L.A. Law,” “Matlock,” and “The X-Files.” Beghe’s next recurring role was in 1994’s “Melrose Place” prime-time soap drama. Following “NYPD Blue,” he appeared in “Public Morals,” “Good Company,” “George and Leo,” and “Chicago Hope.” Beghe starred alongside Moira Kelly in the 1998 short-lived CBS drama “To Have & to Hold.” Next, he had a recurring part on “Family Law,” a legal drama.

Beghe appeared in episodes of “Dharma & Greg,” “Resurrection Blvd.,” “The Beast,” “Judging Amy,” “The District,” and “JAG” in the early 2000s. In 2004, he portrayed Gunnery Sergeant Finch on the NBC drama “American Dreams” and began a recurring role on the drama “Everwood.” Beghe then appeared in episodes of “Huff,” “Veronica Mars,” “Criminal Minds,” and “Numb3rs,” among others, and had recurring parts on “Cane” and “Californication.” In 2012, he made his debut as Detective Sergeant Hank Voight on the NBC drama “Chicago Fire,” which would become his most prominent role. Beghe resumed the role as a series regular on the spinoff series “Chicago P.D.” beginning in 2014; he also portrayed the character on “Chicago Med” and “Chicago Justice.”

Jason is paid $250,000 every episode of Chicago P.D. Including royalties, this amounts to almost $6 million each year.

Beghe made his feature film debut in 1985 with a tiny role in Susan Sarandon’s “Compromising Positions.” Two years later, he had a minor part in “Maid to Order,” a comedy-fantasy film. Beghe played a paraplegic quadriplegic in the 1988 psychological horror film “Monkey Shines” directed by George A. Romero. Following this, he featured as a state trooper in “Thelma & Louise” by Ridley Scott and as a detective in “Jimmy Hollywood” by Barry Levinson. Beghe portrayed Demi Moore’s romantic interest in the 1997 military movie “G.I. Jane.”

Beghe portrayed an exorcist in the supernatural horror film “One Missed Call” in 2008, following uncredited roles in “The X-Files” and “Spider-Man.” Two years later, he portrayed a detective in “The Next Three Days,” a Paul Haggis thriller starring Russell Crowe and Elizabeth Banks. Following “Tall Justice,” “X-Men: First Class,” and “Atlas Shrugged: Part II,” Beghe worked on “Phantom” In 2015, he participated in the drama “Safelight” opposite Evan Peters, Juno Temple, Ariel Winter, and Christine Lahti.

Beghe wed Angie Janu in 2000, with whom he has two daughters. In 2019, the couple divorced. According to the conditions of their divorce, Jason retained a beautiful condo in Chicago (his principal location when filming the Chicago television show) while she retained a condominium in Malibu.

Beghe was exposed to Scientology while attending acting workshops given by Scientologist Milton Katselas, and he became a prominent member of the religion for a while. In 1999, he participated in a Church of Scientology television campaign, and in 2005, he appeared in more promotional films. Beghe estimates that he contributed around $1 million to the Church during a 12-year period. In 2008, he began openly criticizing the Church after deciding in 2007 to quit Scientology. Beghe then participated in a series of demonstrations against the group and flew to Europe to persuade government officials to post warning signs against joining. He participated in the 2010 BBC documentary “The Secrets of Scientology,” in which he discussed his decision to quit the faith. Beghe later starred in Alex Gibney’s HBO documentary “Going Clear,” which was based on Lawrence Wright’s eponymous book.