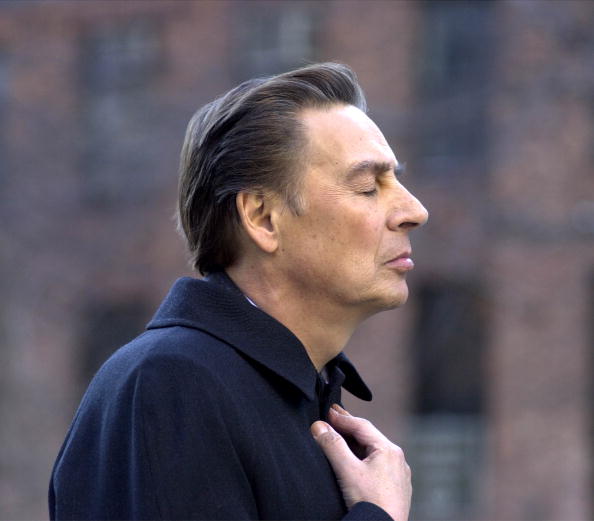 What is the net worth of Jerry Orbach?

In 2004, at the time of his death, the American actor and singer Jerry Orbach had a net worth of $10 million. Jerry Orbach was a theater, film, and television actor and singer. Notably, he appeared in the original theatrical versions of “The Fantasticks,” “Chicago,” and “42nd Street” and received a Tony Award for “Promises, Promises.” In addition to “Dirty Dancing,” “Crimes and Misdemeanors,” and “Beauty and the Beast,” Orbach has been in the films “Crimes and Misdemeanors” and “Beauty and the Beast” and the police procedural television series “Law & Order,” which propelled him to international fame.

Jerry Orbach was born in the Bronx neighborhood of New York City on October 20, 1935. His parents were Leon, a Jewish restaurant manager and vaudeville performer, and Emily, a radio vocalist and greeting card creator. Growing up, Orbach was raised in his mother’s Roman Catholic religion. The family lived in Mount Vernon, New York, Scranton, Pennsylvania, and Springfield, Massachusetts, among other places. They then lived in Waukegan, Illinois, where Orbach attended high school. He played football there. After graduating from high school, Orbach spent the summer working in the theater of the Chevy Chase Country Club in Wheeling, Illinois. After enrolling in the University of Illinois at Urbana-Champaign, he transferred to Northwestern University. Orbach finally left college before his senior year to pursue an acting career at the Actors Studio in New York City.

In 1955, Orbach made his cinematic debut with uncredited roles in “Guys and Dolls” and “Marty.” In the same year, he made his theatrical debut in “The Threepenny Opera.”

In 1960, Orbach won his first significant part, portraying El Gallo in the original production of “The Fantasticks,” a musical that has remained popular for decades. He then performed in the musical “Carnival!” and a rendition of “The Cradle Will Rock.” In 1965, Orbach played Sky Masterson in a production of “Guys and Dolls,” for which he was nominated for his first Tony Award. After “Carousel,” he appeared in “Annie Get Your Gun,” “The Natural Look,” and “Scuba Duba.” Orbach received the Tony Award for Best Actor in a Musical for his work as Chuck Baxter in “Promises, Promises” between 1968 and 1972. This was followed by the drama “6 Rms Riv Vu.” In 1975, Orbach created the character of Billy Flynn in the successful musical “Chicago,” garnering him his third nomination for a Tony Award. Five years later, he originated the part of Julian Marsh in “42nd Street,” another successful musical.

In the 1961 historical drama “Mad Dog Coll,” Orbach had his first noteworthy role on the big screen. Following “Ensign Pulver,” he appeared in “John Goldfarb, Please Come Home.” In the 1971 crime comedy “The Gang That Couldn’t Shoot Straight,” Orbach portrayed gangster Salvatore Palumbo. After this, he starred in the comedies “A Fan’s Notes” and “Fore Play,” as well as the supernatural horror thriller “The Sentinel” and the ensemble comedy “Underground Aces.” In 1981, Orbach made one of his most lauded cinematic performances as corrupt NYPD narcotics detective Gus Levy in Sidney Lumet’s neo-noir crime drama “Prince of the City.” Subsequently, he appeared in the comedic film “Brewster’s Millions,” the action thriller “F/X,” the romantic dance drama “Dirty Dancing,” the criminal thriller “Someone to Watch Over Me,” and the romantic comedy “I Love New York.” Orbach concluded the 1980s with parts in “Last Exit to Brooklyn” and “Crimes & Misdemeanors” by Woody Allen.

1991 was a banner year for Orbach, as he appeared in seven films. Among them were the comedies “A Gnome Named Gnorm,” “Out for Justice,” and “Delirious.” In the Disney animated musical “Beauty and the Beast,” in which he portrayed the French-accented candelabra Lumière and sang one of the film’s most remembered songs, “Be Our Guest,” Orbach’s most renowned performance occurred. The actor then appeared in films such as Straight Talk, Universal Soldier, and Mr. Saturday Night. Orbach appeared in “The Acting Class,” “The Road to El Dorado,” “Chinese Coffee,” and “Mann from Earth” in the early 2000s. In the 2004 film “Protestors,” he played a police investigator for the last time.

Orbach began his television career in 1961 with “Twenty-Four Hours in a Woman’s Life,” a television movie. Six years later, he repeated his part from the stage version of “Annie Get Your Gun” in a television movie adaptation of the musical. Subsequently, Orbach appeared in a variety of notable television shows, such as “Love, American Style,” “Medical Center,” “Kojak,” and “Buck Rogers in the 25th Century.” From 1985 until 1991, he recurred on “Murder, She Wrote” as private investigator Harry McGraw. From 1987 to 1988, Orbach repeated this character on the spin-off series “The Law & Harry McGraw.” In 1990, he received his first nomination for an Emmy Award for his guest performance on “The Golden Girls.” Two years later, he was nominated again for his supporting role in the television film “Broadway Bound.”

Orbach gained worldwide recognition in 1992, when he joined the cast of “Law & Order” as the world-weary NYPD murder investigator Lennie Briscoe. By starring as the role for almost 11 seasons until 2004, Orbach became one of the longest-serving and most popular cast members in the show’s history. In 2000, he was nominated for an Emmy for Outstanding Lead Actor in a Drama Series, and in 2004, he received a SAG Award posthumously. Orbach repeated his role as Lennie Briscoe in many additional television series, including “Homicide: Life on the Street” and the “Law & Order” successors “Special Victims Unit,” “Criminal Intent,” and “Trial by Jury.”

Orbach wed his first wife, Marta Curro, in 1958; they had two boys called Anthony and Christopher before divorcing in 1975. After four years, Orbach wed Broadway dancer Elaine Cancilla, with whom he remained until his death.

In January 1994, Orbach was diagnosed with prostate cancer. Throughout the next decade, he continued to star on “Law & Order” while undergoing radiation therapy and hormone therapy. Following his 2004 departure from the program, he endured chemotherapy. Orbach ultimately died in December of that year at the age of 69. His ailment was not made public until a few weeks before to this event. Orbach, who had 20/20 vision, requested that his eyes be given after his death, and his desire was granted.