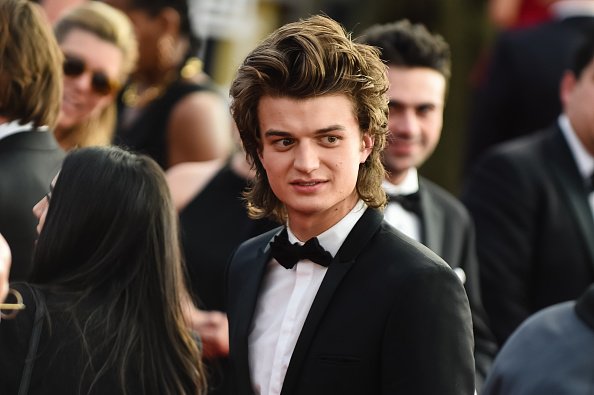 What is Joe Keery’s Salary and Net Worth?

American actor and singer Joe Keery has a net worth of $4 million. He is most recognized for playing one of the major characters in the blockbuster Netflix show “Stranger Things.”

Additionally, Joe Keery is a member of the band Post Animal. The band was established in 2014, and their debut studio album, “When I Think of You in a Castle,” was released in 2018. They published “Forward Motion Godyssey” in 2020. 2015 saw the release of the band’s EP Post Animal Perform The Most Curious Water Activities.

Keery was born in Newburyport, Massachusetts on April 24, 1992. His father, David, was an architect, and his mother, Nina, was a professor of English. He is the second of his four sisters, Caroline, Lizzy, Kate, and Emma, with whom he grew up.

His mother helped found River Valley Charter School, a Montessori elementary and middle school that Keery attended. He attended Newburyport High School thereafter. He attended Theater in the Open, a performing arts camp in Maudslay State Park when he was younger. However, his first acting experiences occurred in high school, mostly due to the encouragement of his older sister.

After graduating from high school, he enrolled in DePaul University’s Theatre School. In 2014, he completed his Bachelor of Fine Arts in Acting and received his diploma.

After graduating from DePaul University, Keery began to audition for commercials, modest television parts, and films. During this period, he also worked as a waiter. He has been in Domino’s and KFC commercials and has guest-starred on “Empire” and “Chicago Fire.” In 2015, he was cast in “Henry Gamble’s Birthday Party,” an independent feature film directed by Stephen Cone.

The next year, in 2016, he was cast as Steve Harrington on the Netflix science fiction horror drama series “Stranger Things,” which is set in the 1980s. The character of Steve was a recurrent one for the show’s first season, which aired in July 2016 and was a recurring one for the remainder of the second season, which premiered in October 2017. Keery had intended for the part to just continue for the first season, but his character proved to be rather popular. In the third season, which began in July of 2019, he resumed his role. In 2017, Keery got a Screen Actors Guild Award for Outstanding Ensemble Performance in a Drama Series as a member of the ensemble. In 2018, the cast was once again nominated in the same category.

During his time on “Stranger Things,” Keery continued to appear in other films and television shows. In 2016, he appeared in “The Charnel House,” and in 2017, he appeared in “Molly’s Game.” In 2018, acted in the movies “After Everything” and “Slice.” In 2019, he appeared in the short film “How to Be Alone” and won a recurring role on the television series “No Activity.” He portrayed Kurt Kunkle in “Spree” in 2020, followed by a role in “Death to 2020” in 2020. In 2021, he portrayed a gaming developer in “Free Guy,” an action comedy that became a great box office success.

Keery is a musician in addition to being an actor, despite his best efforts to keep the two endeavors separate. Post Animal is a garage and psychedelic rock band from Chicago in which he plays guitar. The band released their debut full-length album in October 2015. In April of 2018, they released their second album, “When I Think Of You In A Castle.” In addition to playing guitar on the record, he contributed background vocals. Keery decided to cease traveling with the band in 2019 because of concern that the affiliation with “Stranger Things” might eventually be detrimental to the group.

In July of the same year, he self-released the track “Roddy” under the solo artist name Djo in an effort to gain rapid celebrity. He released his second single, “Chateau (Feel Alright),” one month later. One month later, in September, he released “Twenty Twenty,” his debut album as Djo. The next year, in September of 2021, he released a new track named “Keep Your Head Up,” which he promoted on Reddit and in a chat with Wayne Coyne of The Flaming Lips. Since then, he has also recorded songs under the moniker “Cool Cool Cool.”

Keery has amassed a strong social media following and a reputation for being approachable and likeable. He began dating actress Maika Monroe after meeting her at a Los Angeles party in 2017. He seldom drinks or smokes, citing bread pudding as his greatest vice.