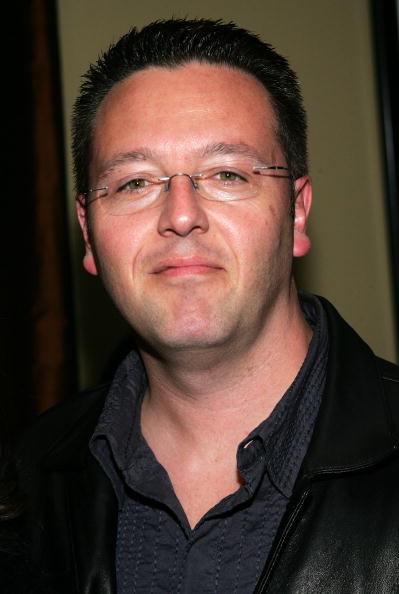 What is John Edwards’s Net Worth?

John Edward is a TV host, author, and self-described psychic medium with a $20 million net worth. In the early 2000s, when the Sci-Fi Channel started showing his show “Crossing Over with John Edward,” in which he gave psychic readings to his studio audience, he became both famous and controversial. The show “John Edward Cross Country” on We TV brought Edward even more attention.

John Edward was born in Glen Cove, New York, on October 19, 1969, to an Italian-American mother and an Irish-American father. He was their only child. He was raised to be a Roman Catholic. When Edward was 15, a New Jersey psychic told him that he could also be a medium. This was a turning point in his life. The woman supposedly told him that he would become famous for his psychic abilities around the world and that he would share his gift through books, TV, and lectures.

Edward went to Long Island University to get a degree in health care administration for his college education. He worked as a phlebotomist during this time.

Breakthrough in a career

In 1998, Edward got a lot of attention when his first book, “One Last Time,” which was about his psychic abilities, came out. He went on “Larry King Live” to talk about the book. Edward’s appearance on the show was so well-liked that there were so many phone calls that the switchboard couldn’t handle them all.

The show “Crossing Over with John Edward,” which ran from 2001 to 2004 on the Sci-Fi Channel and brought him the most fame, was both produced and hosted by Edward. On the show, Edward did psychic readings in front of a live studio audience. He would ask a person questions that he said came from their dead friends or family members. Edward supposedly didn’t get any information before the show, but people in the audience could add details to his questions and statements. In some cases, Edward did private readings away from his studio audience to learn more about someone’s situation. Visually, “Crossing Over with John Edward” was known for its frequent use of split-screen, in which one half of the frame showed a reading and the other half showed an interview with the person who was being read about.

Not long after the 9/11 attacks, Edward started filming at least one special in which he met with family members of some of the victims and tried to connect them with their loved ones who had died. Studios USA, which was in charge of distributing Edward’s show, had planned to air the special in November, but as soon as the news spread, there was a huge uproar across the country. Both the Sci-Fi Channel and the office that made “Crossing Over with John Edward” got a lot of angry emails and phone calls about how insensitive and exploitative the show was. Steve Rosenberg, the president of domestic television for Studios USA, tried to ignore the complaints at first, but in the end, he gave in and stopped the special from airing.

For his next show, “John Edward Cross Country,” which ran from 2006 to 2008 on We TV, Edward risked more trouble. Like his first show, this one had psychic readings, but after the readings, Edward went to see his subjects and their families to find out how the experience had changed their lives. During the first season of the show, Edward ended up reading in big public places all over the United States.

A Few Other Times

Edward has been on a lot of shows in the media besides the ones he makes himself. He has been on talk shows like “Jimmy Kimmel Live!,” “Maury,” “Oprah,” “The View,” “The Tony Danza Show,” “The Wayne Brady Show,” and “Dr. Phil.” Edward has also been on “20/20,” “Dateline,” “Entertainment Tonight,” “Fox and Friends,” and “The Crier Report.” He has also been a guest star on “Will & Grace,” “Keeping Up with the Kardashians,” “Smallville,” and “Law & Order.”

People are very skeptical about Edward’s supposed psychic skills. Critics say that he just uses the old-fashioned mentalist techniques of “hot reading” and “cold reading,” which involve using general knowledge that could apply to almost anyone. James Randi, an illusionist, looked at one reading from Edward’s show and found that only 3 of 23 things Edward said were true, based on what was being read. James Underdown of the Independent Investigative Group said that the show’s editing might be making it look like Edward is telling the truth.