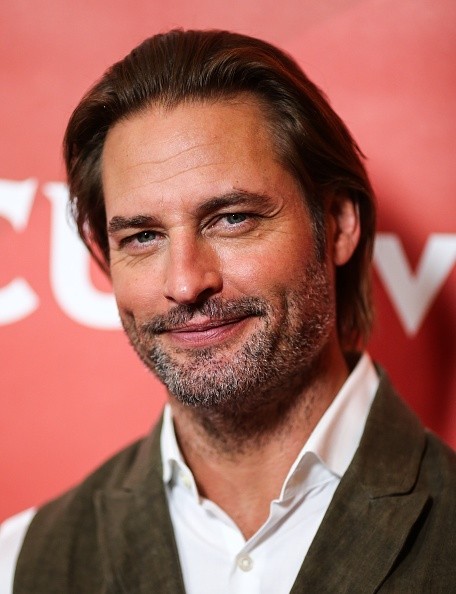 How much is Josh Holloway Net worth?

American model and actor Josh Holloway has a net worth of $12 million. The breakout role for Josh Holloway was as James “Sawyer” Ford on the blockbuster television series “Lost.” In addition, he had recurring appearances in the neo-Western series “Yellowstone” and the short-lived CBS series “Intelligence” and the science-fiction series “Colony.” Holloway has been on the big screen in films such as “Whisper,” “Mission: Impossible – Ghost Protocol,” and “Paranoia.”

Josh Holloway was born in San Jose, California on July 20, 1969 as the second of four sons to a surveyor father and a nursing mother. He is a descendant of Confederate leader Robert E. Lee. At the age of two, Holloway relocated with his family to the Georgia Blue Ridge Mountains, where he was reared in the Free Home community. As a teenager, he attended Cherokee High School in Canton; after graduation, he enrolled at the University of Georgia, but left after one quarter due to financial difficulties.

After moving to Los Angeles as a young adult, Holloway began a prosperous career as a print and runway model. He worked for Donna Karan, Dolce & Gabbana, and Calvin Klein, among other big fashion houses. Holloway made his acting debut in the music video for Aerosmith’s “Cryin'” in 1993, as a burglar who attempted to take Alicia Silverstone’s pocketbook.

Holloway made his television debut in 1999 in an episode of the supernatural drama series “Angel.” Two years later, he appeared in an episode of “Walker, Texas Ranger.” In 2002, Holloway played with David Keith and Jenna Gering in the science fiction horror television thriller “Sabretooth.” This was his most prominent performance to date. He then appeared as a guest on a series of television programs, including “CSI: Crime Scene Investigation,” “The Lyon’s Den,” “NCIS,” and “Good Girls Don’t.”

Holloway’s breakout role as con artist James “Sawyer” Ford on the ABC mystery drama series “Lost” occurred in 2004. This character, which he portrayed for the show’s six seasons through 2010, propelled him to fame. Holloway, together with Matthew Fox, Jorge Garcia, Evangeline Lily, Daniel Dae Kim, Michelle Rodriguez, Harold Perrineau, Terry O’Quinn, Dominic Monaghan, Naveen Andrews, and others, got the Screen Actors Guild Award for Outstanding Performance by an Ensemble in a Drama Series in 2005.

Holloway appears in an episode of the comedy “Community” and the Lifetime anthology film “Five” after the finale of “Lost.” In 2014, he portrayed the cybercrime agent Gabriel Vaughn in the CBS drama series “Intelligence.” However, after 13 episodes, the show was terminated owing to low viewership. Holloway portrayed Will Bowman, a former US Army Ranger and FBI agent, in the 2016 season of the dystopian science-fiction television series “Colony.” He portrayed the character for three seasons till 2018, when the program was discontinued. Next, in 2020, Holloway starred in an episode of the streaming anthology series “Amazing Stories,” based on the 1980s series of the same name created by Steven Spielberg. In the same year, he had a recurring part in the third season of the neo-Western television series “Yellowstone,” starring among others Kevin Costner, Luke Grimes, Kelly Reilly, and Wes Bentley.

In the 2001 sensual thriller “Cold Heart,” Holloway made his feature film debut opposite Nastassja Kinski and Jeff Fahey. He then directed the films Moving August, My Friend, and Doctor Benny. Holloway plays a convicted criminal who abducts the son of a rich New England mother in the 2007 horror thriller “Whisper.” He then portrayed Wino in the comedy “Stay Cool,” alongside Mark Polish, Winona Ryder, Hilary Duff, Sean Astin, Chevy Chase, and Max Thieriot.

Holloway gave his voice to the 2007 video game “Command & Conquer 3: Tiberium Wars,” where he played the part of intelligence officer Ajay. In the same year, he became the new face of the men’s fragrance brand Cool Water by Davidoff. In 2008, Holloway became the first male Magnum ice cream spokesman in Turkey.

Following the completion of shooting on the premiere episode of “Lost,” Holloway popped the question to his longtime love Yessica Kumala on Oahu, Hawaii. The couple wed in 2004 and have two children, a girl named Java and a son named Hunter Lee.