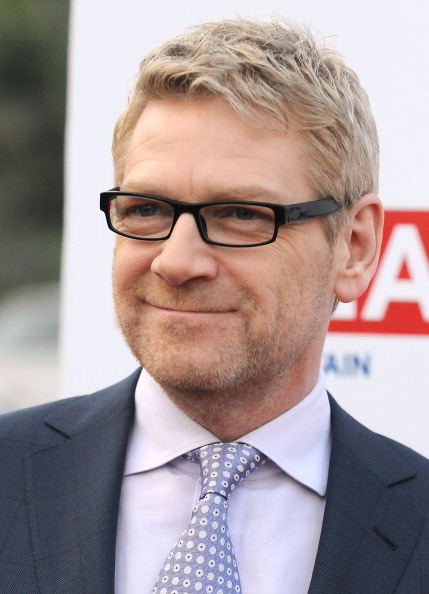 What is the Net Worth of Kenneth Branagh?

Sir Kenneth Branagh is a British/Northern Irish actor, filmmaker, director, producer, and screenwriter with a $60 million net worth. He is renowned for directing and appearing in various cinematic versions of Shakespeare’s plays, including “Henry V,” “Much Ado About Nothing,” and “Hamlet.” He directed the films “Dead Again,” “Thor,” and “Belfast” and appeared in the television shows “Fortunes of War,” “Shackleton,” and “Wallander.”

Kenneth Branagh was born on December 10, 1960, in Belfast, Northern Ireland, as the middle child of William and Frances Branagh’s three children. When he was younger, he attended Grove Primary School. As a result of the Troubles, Branagh’s family relocated to Reading, Berkshire, England when he was nine years old. There, he attended Whiteknights Primary School and Meadway School, where he participated in “Toad of Toad Hall” and “Oh, What a Lovely War!” school performances. Branagh then attended London’s Royal Academy of Dramatic Art.

Branagh started to prominence in his home Northern Ireland in 1982, when he began to feature on the anthology television program “Play for Today.” The next year, he appeared in the television film “To the Lighthouse” and in an episode of “Maybury.” Branagh received critical acclaim for his theatrical performances in “Another Country” and “Henry V.” Together with David Parfitt, he co-founded the Renaissance Theatre Company in 1987.

Branagh made his directorial debut in 1989 with the Shakespeare adaption Henry V, in which he also played the title character. He garnered Academy Award nominations for Best Director and Best Actor for his efforts. Next, Branagh directed the romantic thriller “Dead Again” in 1991, in which he co-starred with Emma Thompson. He directed the comedy “Peter’s Friends” the year after. In 1993, Branagh revisited the well of Shakespeare with his version of “Much Ado About Nothing.” Later, he directed “Mary Shelley’s Frankenstein,” “In the Bleak Midwinter,” and the 1996 adaption of Shakespeare’s “Hamlet,” for which he was nominated for an Academy Award for his script.

In 2000, Branagh adapted Shakespeare’s “Love’s Labour’s Lost” for the first time into a feature film. Branagh returned with another Shakespeare adaption, “As You Like It,” after a six-year absence. In the same year, his version of Mozart’s opera “The Magic Flute” was published. In 2007, Branagh remade the 1972 suspense film “Sleuth.” Four years later, he directed the blockbuster picture Thor for Marvel. Branagh subsequently directed many high-budget Hollywood films, including the action-thriller sequel “Jack Ryan: Shadow Recruit,” Disney’s live-action production of “Cinderella,” and Disney’s adaptation of the fantasy young adult novel “Artemis Fowl.” He also directed and performed in “All is True,” a dramatized Shakespeare biographical, as well as two new adaptations of Agatha Christie books, “Murder on the Orient Express” and “Death on the Nile.” Branagh received some of the highest praises of his career in 2021 for writing and directing the coming-of-age drama “Belfast,” which was based on his boyhood in the same city.

Branagh made his acting debut in the 1987 film “A Month in the Country.” In the same year, he featured in “High Season,” a romantic comedy. Branagh subsequently starred in his own “Henry V” and went on to star in a number of his later films, including “Dead Again,” “Mary Shelley’s Frankenstein,” “Hamlet,” “Sleuth,” and “Murder on the Orient Express.” Branagh has also portrayed William Shakespeare in the historical fiction film “All is True” and Iago in the film version of “Othello” by Oliver Parker.

Branagh acted in many films he did not direct in the late 1990s, including “The Gingerbread Man,” “The Theory of Flight,” “Celebrity,” “The Proposition,” and “Wild Wild West.” Early in the 21st century, he had prominent parts in the films “Rabbit Proof Fence” and “Harry Potter and the Chamber of Secrets.” During the decade, he also worked on “Five Children & It,” “Valkyrie,” and “The Boat That Rocked.” In 2011, Branagh portrayed renowned actor Laurence Olivier in the historical drama “My Week with Marilyn,” for which he was nominated for an Academy Award for Best Supporting Actor. His latter filmography includes Christopher Nolan’s “Dunkirk” and “Tenet.”

Other television credits for Kenneth Branagh include “Coming Through,” “The Lady’s Not for Burning,” “Lorna,” and “Look Back in Anger.” In addition, he featured in the BBC rendition of “Fortunes of War” in 1987 and provided the voice of Eco in the 2006 animated series “Lunar Jim.” Additionally, Branagh has narrated other documentary programs, including “Cold War,” “Walking with Dinosaurs,” “Walking with Beasts,” and “World War I in Color.”

Branagh wed actress Emma Thompson in 1989, with whom he performed in several films. Thompson finally divorced him in 1995 after he began an affair with actress Helena Bonham Carter while they were still married. In 2003, after his romance with Bonham Carter, Branagh wed art director Lindsay Brundock.