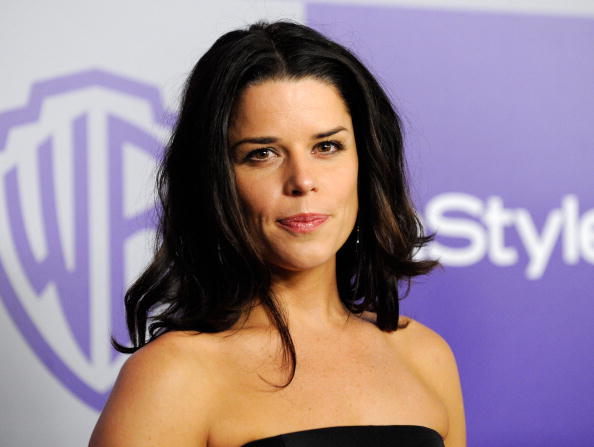 How much does she make and how much is her net worth?

Canadian actress Neve Campbell has a net worth of $10 million. Neve Campbell is best known for her roles in teen movies and TV shows from the 1990s, like “Party of Five” and the “Scream” series, as well as “The Craft,” “Wild Things,” “Panic,” and “The Company,” even though the last two came out in the early 2000s.

Neve Adrianne Campbell was born in the Canadian city of Guelph on October 3, 1973. Her mother, Marnie, is a Dutch yoga teacher and psychologist from Amsterdam. Her father, Gerry Campbell, is a high school drama teacher who moved to Canada from Glasgow, Scotland. When she was two, her parents broke up. Neve’s mother’s parents ran a theater company in the Netherlands, so she comes from a family of performers. Christian, Alex, and Damian are Campbell’s three brothers. She is a trained ballerina who lives at the National Ballet School of Canada and takes classes there. After getting hurt a lot from dancing, she switched to acting when she was 15 years old.

As a young adult, she sang for the first time in “The Phantom of the Opera” at the Canon Theatre in Toronto. At the time, she was going to school in Guelph at John F. Ross Collegiate Vocational Institute. In 1991, she was in a Coca-Cola commercial that was made to promote Bryan Adams’s Waking Up the Nation tour. This was her first time on screen. She then got a few small roles on American and Canadian TV shows, like “The Kids in the Hall,” “Are You Afraid of the Dark?” and “Kung Fu: The Legend Continues,” before getting “Party of Five,” which is thought to be her big break.

Campbell went to Los Angeles in 1994 to find a talent manager. While there, he went to a few auditions, including one for “Party of Five.” She played Julia Salinger, an orphaned teen, on the show for six years, from 1994 to 2000. In 1996, she won a Golden Globe Award for best drama for her work on the show. By this time, Campbell’s face was so well-known in the U.S. that it could be seen from a distance. Campbell chose not to renew her contract for a seventh season of “Party of Five” so she could focus on making movies. This meant that the show was canceled.

Campbell’s first widely seen movie was “The Craft,” in which she starred with Robin Tunney, Fairuza Balk, and Rachel True. “The Craft” was an unexpected summer hit that made $55 million on a $15 million budget. When she played Sidney Prescott in the 1996 horror movie “Scream,” she became well-known. “Scream” was a huge success. It made over $173 million worldwide and was praised by critics everywhere. Campbell was named Best Actress at the Saturn Awards for her part. The movie was followed by “Scream 2,” “Scream 3,” and “Scream 4,” all of which did very well at the box office. Campbell won the MTV Movie Award for Best Female Performance for her part in the first sequel.

Campbell was in “Harshirt” and “54” in 1998. She also did the voice of Kiara in “The Lion King II: Simba’s Pride,” a Disney animated musical film. In the same year, she was in the thriller “Wild Things” with Kevin Bacon, Matt Dillion, and Denise Richards.

After “Scream 3,” Campbell was in a few movies that were only shown in a small number of theaters but were well liked and praised by critics. “Panic,” in which she starred with William H. Macy and Donald Sutherland, is one of these movies. In 2002, she was in “Last Call” with Sissy Spacek and Jeremy Irons. She got a Prism Award for how she did on stage. In 2003, she co-wrote, produced, and starred in the movie “The Company,” which was about the Joffrey Ballet in Chicago. She also produced, co-wrote, and acted in the 2004 independent movie “When Will I Be Loved,” which Roger Ebert liked a lot. This movie also only played in a few theaters for a short time.

Campbell’s first show on the West End was “Resurrection Blues” at the Old Vic theater in London in March 2006. Matthew Modine and Maximilian Schell were both in the play, which got mixed reviews and was directed by Robert Atman, with whom Campbell had worked on “The Company.” Later, she went back to the West End to act in “Love Song” with Cillian Murphy, Michael McKean, and Kristen Johnston. The show got mixed reviews. In 2009, she went back to TV with a lead role in the short-lived drama series “The Philanthropist” on NBC. In 2011, she was in “The Glass Man,” which was only shown in a few theaters.

Next, Neve was in “Singularity,” a drama that made its debut at the Cannes Film Festival. She was also in the 2012 miniseries “Titanic: Blood and Steel” and the 2013 Lifetime crime movie “An Amish Murder.” Neve had guest roles in a number of TV shows around this time, including “Medium,” “Grey’s Anatomy,” “Mad Men,” and “Welcome to Sweden.” In 2015, she was a guest star on the TV show “Manhattan,” which is a period drama. In June 2015, it was announced that Campbell would start in season four of the Netflix drama series “House of Cards.” She played LeAnn Harvey, a political consultant from Texas. The next movie she was in was “Skyscraper,” which was an action movie with Dwayne Johnson. The movie came out in July 2018 and did well at the box office. In the independent drama “Hot Air,” which came out in 2018, she played a lead role.

In the Canadian drama film “Castle in the Ground,” which had its world premiere at the 2019 Toronto International Film Festival, she played Rebecca Fine, a single mother who is sick and struggling to take care of her child. Neve played the lead role in “Clouds,” a biographical musical drama that came out on Disney Plus in October 2020. In September 2020, it was confirmed that she would be back as Sidney Prescott in the fifth “Scream” movie, which is set to come out in January 2022.

Neve bought a house in Sherman Oaks, California, for $2.8 million in October 2020.