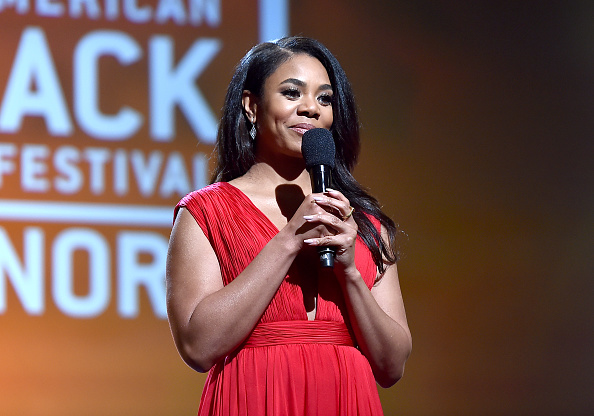 What is the net worth and salary of Regina Hall?

American actress and producer Regina Hall has a net worth of $6 million. Brenda Meeks in the “Scary Movie” film trilogy (2000–2006), Corretta Lipp on the Fox series “Ally McBeal” (2001–2002), Dawn Darcy on Showtime’s “Black Monday” (2019–present), and Carmel Schneider in the Hulu miniseries “Nine Perfect Strangers” are Hall’s most recognizable roles (2021).

Regina Lee Hall was born in Washington, D.C., on December 12, 1970. Ruby, her mother, was a teacher, and Odie, her father, was an electrician and contractor. Regina attended Immaculata College High School, and in 1992 she obtained a degree in English from Fordham University in New York City. Five years later, Hall earned a master’s degree in journalism from New York University. Shortly after Regina enrolled in graduate school, her father died of a stroke. She said on the incident, “It was abrupt. And I believe that when unexpectedly difficult events occur in your life, they alter your path. Young people do not comprehend the weight of life. But when you’re young and lose someone you’ve spent the most of your life with, you do. Consequently, I believe that prompted me to consider what I want most in life.” Hall opted to enter the entertainment industry, beginning with a cameo appearance on the 1996 Sadat X album “Wild Cowboys” track “The Interview.”

Hall had recurring appearances on BET’s “Second Generation Wayans” in 2013 and FX’s “Married” and BET’s “Real Husbands of Hollywood” in 2014. She starred in the 2012 film “Think Like a Man.” In addition to “About Last Night” and “Think Like a Man Too” in 2014, she also appeared in “People Places Things” and “Vacation” in 2015. In 2016, Regina had recurring roles on “Grandfathered,” “Barbershop: The Next Cut,” and “When the Bough Breaks,” and she began a three-episode run on “Black-ish” on ABC. In 2017, she appeared in “Girls Trip” alongside Tiffany Haddish, Queen Latifah, and Jada Pinkett Smith, reconnected with her “Scary Movie” co-star Marlon Wayans in “Naked,” and had a recurring role as Ninny on HBO’s “Insecure.” In 2018, Hall received multiple honors and nominations for her role in “Support the Girls” and participated in the film adaptation of the Angie Thomas novel of the same name, “The Hate U Give.” In 2019, she portrayed Dawn Darcy on “Black Monday,” starred in “Little” and “Shaft,” and presented the BET Awards. In 2021, Regina portrayed Carmel Schneider in the miniseries “Nine Perfect Strangers” and co-starred in the film “Breaking News in Yuba County” alongside Allison Janney, Mila Kunis, Wanda Sykes, and Juliette Lewis.

In 2004, Regina’s mother was diagnosed with the autoimmune illness scleroderma, and Hall began donating to the Scleroderma Research Foundation and promoting awareness of the condition. Hall disclosed in a 2010 interview with “Ability Magazine” that she had been helping at a Sherman Oaks nursing home two days per week, assisting elders. She declared, “I believe that the life they’ve led and the lessons they’ve learnt deserve great respect. Constantly, I get new knowledge from them. The fact that the folks I assist have no idea I’m an actor is one of the wonderful things about it. They are simply delighted that I can spend time with them.” Regina sought to become a Catholic nun at the age of 41, but she was one year older than the minimum age requirement. She stated “The Fader” that she first desired to become a nun as a kid in Catholic school, stating, “When I was 14, I adored nuns. They managed our school and were extremely intelligent. They did not need to consider what to wear. I adored their alone prayer time. It felt calm. I recall that a number of young girls were joining the convent, and I thought, “I want that!””

Hall was honored at the “Essence” Black Women in Hollywood Awards in 2019, and she won the Chlotrudis Award for Best Actress for “Support the Girls.” The film also earned nominations from the Austin Film Critics Association, Black Reel Awards, Chicago Film Critics Association Awards, Film Independent Spirit Awards, Gotham Awards, Indiana Film Journalists Association, International Online Cinema Awards, National Film and Television Awards, and National Society of Film Critics Awards. Regina won the San Diego Film Festival Award for Best Actress for “Danika” (2006) and the Women’s Image Network Award for Supporting Actress in a Feature Film for “The Hate U Give” (2019). Additionally, Hall and her co-stars in “The Best Man Holiday” were named Best Ensemble Cast at the 2014 Acapulco Black Film Festival. At the Newport Beach Film Festival in 2021, she got the Spotlight Award (Artist of Distinction) for “Nine Perfect Strangers.”