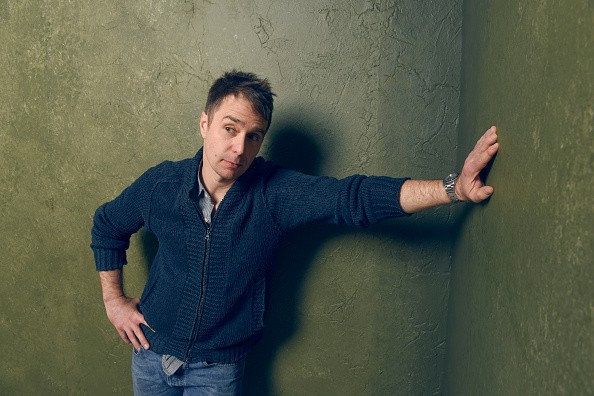 How much money does Sam Rockwell have?

Sam also got good reviews for the 2019 FX miniseries “Fosse/Verdon,” in which he played dancer and choreographer Bob Fosse. Rockwell was an executive producer on the movie “Fosse/Verdon.” He also made the movies “The Winning Season,” “Loitering with Intent,” “Don Verdean,” and “Blue Iguana” (2018). Sam has been giving Vic’s voice on the Netflix animated show “F Is for Family” since 2015. He also gave his voice to the films “Trolls World Tour” and “The One and Only Ivan,” which will come out in 2020.

Sam Rockwell was born in Daly City, California, on November 5, 1968. Sam was 5 years old when his parents, actors Penny Hess and Pete Rockwell, split up. Rockwell lived with his father in San Francisco and with his mother in New York during the summers. At the age of 10, he made his acting debut with his mother in an improv comedy sketch. Sam went to the San Francisco School of the Arts, where his classmates included Aisha Tyler and Margaret Cho, but he got his diploma from a different school called Urban Pioneers. As a senior in high school, he was in the independent film “Clownhouse” in 1989. After he graduated, he moved to New York. Sam joined the Professional Actor Training Program at the William Esper Studio in Manhattan in 1991. He has said that training with Esper was the best thing he ever did for his career.

Sam was in “Charlie’s Angels” in 2000 and “The Dumb Waiter & The Zoo Story” on stage in 2001. He then got the part of Chuck Barris, the host of “The Gong Show,” in “Confessions of a Dangerous Mind,” which George Clooney directed in 2002. Then, in 2003, Rockwell starred with Nicolas Cage in “Matchstick Men.” In 2005, he played Zaphod Beeblebrox in “The Hitchhiker’s Guide to the Galaxy,” and in 2005, he led a production of “The Last Days of Judas Iscariot” that was directed by Philip Seymour Hoffman. In 2007’s “The Assassination of Jesse James by the Coward Robert Ford,” Rockwell played outlaw Charley Ford. In 2008’s “Frost/Nixon,” he played author James Reston Jr. He then played Justin Hammer in 2010’s “Iron Man 2,” which made $623.9 million around the world. Sam narrated the documentary “Gettysburg,” starred in the science fiction Western “Cowboys & Aliens,” and played a drug lord in the Jonah Hill comedy “The Sitter.” The next year, he worked with Christopher Walken, Woody Harrelson, and Colin Farrell in “Seven Psychopaths.”

Rockwell was in five movies in 2013: “The Way, Way Back,” “A Single Shot,” “Trust Me,” “A Case of You,” and “Better Living Through Chemistry.” In 2014, he was in “Laggies” and “Loitering with Intent.” In 2015, he played the main character in “Don Verdean” and fought evil spirits in a remake of “Poltergeist.” Sam won an Oscar for his role as Officer Jason Dixon in the critically acclaimed 2017 movie “Three Billboards Outside Ebbing, Missouri.” He was also nominated for an Oscar for playing George W. Bush in the 2018 movie “Vice.” In 2019, Rockwell played Captain Klenzendorf in “Jojo Rabbit” by Taika Waititi and attorney Watson Bryant in the biopic “Richard Jewell.” He also starred in the miniseries “Fosse/Verdon” with Michelle Williams. He played Westley in “Home Movie: The Princess Bride,” which comes out in 2020. Each actor filmed his or her part on a smartphone while in isolation during the Coronavirus pandemic, and he is set to produce and star in an upcoming Merle Haggard biopic.

Sam started dating actress Leslie Bibb in 2007 after meeting her in the lobby of West Hollywood’s Chateau Marmont. They have worked together in the movies “Iron Man 2,” “Don Verdean,” and “The Dark of Night.” Rockwell dated actress Sarita Choudhury before he dated Bibb. In a 2007 interview, Sam revealed that he doesn’t want children, saying that he has “so much respect for parents,” but it’s “not [his] bag.”

In 2018, Rockwell won the Oscar for Best Performance by an Actor in a Supporting Role for “Three Billboards Outside Ebbing, Missouri,” and in 2019, he was nominated for the same award for “Vice.” He also won a Golden Globe, a BAFTA Award, an Awards Circuit Community Award, an AACTA International Award, a Broadcast Film Critics Association Award, a Film Independent Spirit Award, a Hollywood Film Award, a National Society of Film Critics Award, a Satellite Award, and a Screen Actors Guild Award for his role in “Three Billboards Outside Ebbing, Missouri.” Sam also won a Screen Actors Guild Award in 2020 for “Fosse/Verdon” for “Outstanding Performance by a Male Actor in a Television Movie or Limited Series.” The series also got him nominations for Primetime Emmys and Golden Globes.