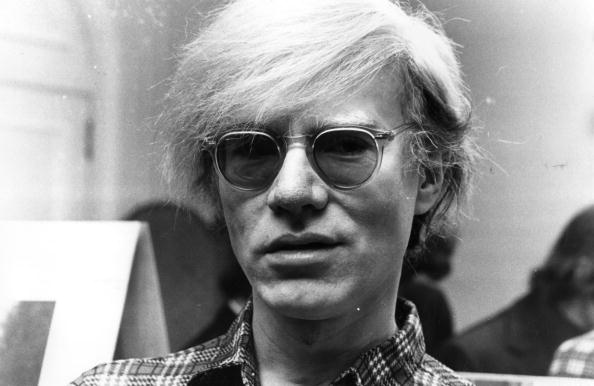 What is the net worth of Andy Warhol?

Andy Warhol was an American artist who, after accounting for inflation and the value of his work, had a net worth of $220 million USD at the time of his death. Andy Warhol was an artist, filmmaker, and producer who was one of the 1960s’ pop art movement’s pioneering leaders. His paintings “Campbell’s Soup Cans” and “Marilyn Diptych” as well as his experimental films “Empire” and “Chelsea Girls” are among his most renowned works. Warhol was also well-known for The Factory, his New York studio where he collected a group of prominent thinkers, artists, celebrities, street people, and drag queens, among others.

The Andy Warhol Museum in Pittsburgh, Pennsylvania displays many of his works. It is the largest museum in the United States devoted to a single artist. Warhol’s art includes painting, hand-drawing, lithography, photography, sculpture, silk-screening, music, and cinema. He pioneered computer-generated art and utilized Amiga computers. In addition to being an artist, Warhol launched the magazine Interview. Among his numerous published works are Popism: The Warhol Sixties and The Philosophy of Andy Warhol. Andy was an out homosexual man prior to the gay liberation movement. Additionally, Warhol is credited with coining the phrase “15 minutes of fame.” His paintings are among the most expensive pieces of art ever sold. His paintings often fetch hundreds of millions of dollars nowadays.

Elvis, Marilyn Monroe, and Campbell’s Soup Cans are a few of his most well-known works of art. Andy Warhol died on February 22, 1987, at the age of 58. Following gallbladder surgery, a cardiac arrhythmia caused him to pass away in his sleep.

Andy Warhol was born in Pittsburgh, Pennsylvania on August 6, 1928 as the fourth child of Austrian-Hungarian immigrants Ondrej and Julia. At the age of 13, his father died in an accident. Warhol attended Schenley High School as a teenager before enrolling at Carnegie Institute of Technology to pursue commercial art. There, he joined the Modern Dance Club and the Beaux Arts Society and served as the art director of the student art publication Cano. In 1949, Warhol earned a Bachelor of Fine Arts in pictorial design.

After graduating from college, Warhol relocated to New York City and began his work in magazine illustration and advertising. His first assignment was to illustrate shoes for Glamour magazine. In the 1950s, he worked as a designer for the shoe company Israel Miller, where he created the “blotted line” technique. 1952 marked Warhol’s first solo showing at the Hugo Gallery, and 1956 marked his first participation in a group exhibition at the Museum of Modern Art.

In the 1960s, as an early adopter of the screen printing technique for his paintings, Warhol reached the pinnacle of his renown. In 1962, he created one of his most recognizable pieces, “Big Campbell’s Soup Can with Can Opener (Vegetable),” which became his most recognizable visual theme. In July of 1962, this artwork was shown for the first time in a museum, at the Wadsworth Atheneum. In the same month, Warhol launched an exhibition at the Ferus Gallery in Los Angeles, marking the introduction of pop art to the West Coast. Later in the year, when he displayed his Marilyn Monroe works at Eleanor Ward’s Stable Gallery in New York, his popularity continued to soar.

Throughout the 1960s, Warhol painted countless portraits of American icons such as Marlon Brando, Elizabeth Taylor, Muhammad Ali, and Elvis Presley. He also gained notoriety for his depictions of dollar bills, Coca-Cola bottles, and mushroom clouds. Throughout the decade, Warhol continued to hold highly known shows, such as his second show at the Stable Gallery and the renowned American Supermarket exhibition at Paul Bianchini’s gallery.

In the 1960s, when he established himself as a prominent innovator in the art world, Warhol built The Factory, his New York studio. There, he brought together an assortment of artists, authors, bohemians, singers, intellectuals, drag queens, and others. His audience included Billy Name, Ronald Tavel, Freddie Herko, Ondine, and Brigitte Berlin, among others. Warhol also assisted in the development of what he termed “superstars” such as singer-songwriter Nico, whose Velvet Underground band he produced and managed. Moreover, he fostered the careers of actresses such Joe Dallesandro, Candy Darling, Edie Sedgwick, Jackie Curtis, Ultra Violet, and Viva. These performers and other Factory partners appeared in several Warhol films, such as “Eat,” “Harlot,” “Horse,” “Beauty No. 1,” “Chelsea Girls,” and “Tub Girls.”

Valerie Solanas, a radical feminist writer and fringe character at The Factory, shot both Andy Warhol and Mario Amaya in 1968. Warhol was seriously injured and narrowly lived, while Amaya got just minor injuries. Solanas was arrested the next day, stating that she shot Warhol because he had too much influence over her life.

1971 saw a retrospective of Warhol’s work at the Whitney Museum of American Art. A few years later, he painted his iconic image of Mao Zedong, and two years after, he released “The Philosophy of Andy Warhol.” In general, Warhol’s decade-long output declined as he spent the majority of his time recruiting new affluent clientele for portrait projects. With his old friend Stuart Pivar, he co-founded the New York Academy of Art in 1979.

In the 1980s, Warhol regained critical and commercial acclaim, owing in part to his associations with prominent young artists like as Jean-Michel Basquiat, David Salle, and Julian Schnabel. In 1987, he held his last show at the Palazzo delle Stelline in Milan, Italy.

Warhol’s homosexuality was well-known, and he claimed to be a virgin as late as 1980, however this claim is challenged. BillyBoy, Billy Name, Charles Lisanby, Jon Gould, and John Giorno were among his most famous lovers. He was in a relationship with Jed Johnson for twelve years.

Following a gallbladder procedure, Warhol passed unexpectedly at the age of 58 on February 22, 1987. Prior to this, he regularly postponed appointments for his gallbladder issues. He is interred at Bethel Park, Pennsylvania’s St. John the Baptist Byzantine Catholic Cemetery.

The legacy of Andy Warhol hangs enormous over the art world. His pieces, which sell for millions of dollars at auction, have become synonymous with the pop art genre they helped pioneer and continue to influence visual artists worldwide. Numerous retrospective exhibits, books, and documentaries have been created on his life and work. In addition, the Andy Warhol Museum was formed in his hometown of Pittsburgh, and the Warhol Foundation was established to support the visual arts in the United States.