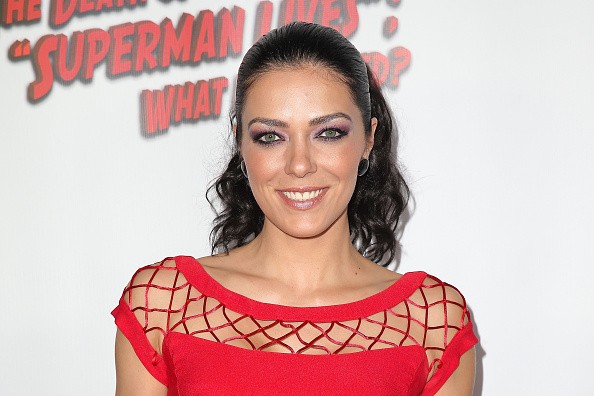 How much is Adrianne Curry Net worth?

Adrianne Curry is a model and reality television star with a net worth of $500,000 in the United States. In 2003, she was named the winner of the inaugural season of the reality television competition series “America’s Next Top Model.” She ranked 100th on Maxim’s Hot 100 list in 2005, and a year later, she posed naked for the February issue of Playboy magazine. Curry has also been on a variety of other reality television programs, including “The Surreal Life,” “My Fair Brady,” “Celebrity Paranormal Project,” and “The Tester.”

Adrianne began a relationship with Christopher Knight, who portrayed Peter Brady on “The Brady Bunch” in the late 1960s and early 1970s, during her time on “The Surreal Life.” Knight popped the question in 2005, and the couple went on to star in their own reality series, “My Fair Brady.”

Adrianne Curry was born in Joliet, Illinois on August 6, 1982. She is of Italian descent and Roman Catholic upbringing. At the age of five, Curry was abducted and subjected to sexual abuse by a sexual predator. Later, at the age of 12, a male acquaintance abducted her, put her in a cupboard for two days, and assaulted her. By the age of 13, Curry was hooked to cocaine and heroin and had attempted suicide many times among episodes of self-harm. She attended Joliet West High School as a teenager, but left at age 17. She eventually obtained her GED and became sober.

“America’s Next Top Model” and the Fashion Industry

In 2003, Curry rose to prominence after winning the first season of the reality television competition series “America’s Next Top Model.” She was then signed to Wilhelmina Models in New York City and went on to pose for magazines such as Us Weekly, OK!, People, Maxim, and Life & Style. Curry has also posed for Famous Stars and Stripes, Von Dutch Watches, Kinis Bikinis, Ed Hardy, and Merit Diamonds, among others. She has appeared in the fashion presentations of Anne Bowen, Jaime Pressly, Pamela Anderson, and Christopher Deane, among others.

In February of 2006, Curry made headlines when she appeared naked on the cover and inside an issue of Playboy magazine. Two years later, she returned for a second cover and naked photo shoot, and was named one of Playboy’s 25 sexiest women. Curry, along with Denise Richards and Lisa Rinna, is a spokesperson for Flex Belt.

Beyond “America’s Next Top Model,” Curry has appeared on several other television programs, both as an actress and as herself. In 2003, she appeared in two episodes of the sitcom “Half & Half” as Roberta. Two years later, Curry played with Da Brat, Chyna, Verne Troyer, Jane Wiedlin, Christopher Knight, and Marcus Schneidenberg in the fourth season of “The Surreal Life.” She co-hosted the game program “Ballbreakers” and appeared in an episode of the sitcom “Hot Properties” in the same year. From 2005 through 2008, Curry co-starred on the VH1 series “My Fair Brady” with her fiancé, and later husband, Christopher Knight, which chronicled their lives together. The last season of the sitcom centered on Curry’s breast augmentation and Knight’s controversial desire to establish a family.

Among her previous television appearances, Curry featured on the 2006 paranormal reality series “Celebrity Paranormal Project,” which lasted only one season. She starred opposite Courteney Cox in an episode of the FX series “Dirt” the following year. In 2008, Curry was a judge on “Gimme My Reality Show!” and starred in an episode of “Celebrity Family Feud” alongside her family and friends. She also acted as a judge and resident celebrity gamer on the PlayStation Network reality program “The Tester.” In 2012, Curry produced “Adrianne Curry’s Super Fans” for the YouTube channel of comic book great Stan Lee, Stan Lee’s World of Heroes.

Although she is most recognized for her work on television, Curry has also starred in a number of films. Her debut was in the 2006 film “Fallen Angels.” Two years later, she starred in the suspense films “Jack Rio” and “Light Years Away.” In 2015, Curry had a cameo appearance as herself in the horror comedy anthology film “Tales of Halloween,” in which two teenagers steal her car in order to run down trick-or-treaters and rob a convenience store.

Christopher Knight, a former “Brady Bunch” star, proposed to Curry the year prior during the season finale of their VH1 series “My Fair Brady.” The wedding took place in Curry’s hometown of Joliet with a gothic atmosphere. Curry and Knight split in 2011, and their divorce was finalized in 2013. In 2018, Curry wed voice actor Matthew Rhode, whom she became engaged to four years later. The couple decided to leave Hollywood for a simpler life in Whitefish, Montana. Curry has her own lifestyle blog there.