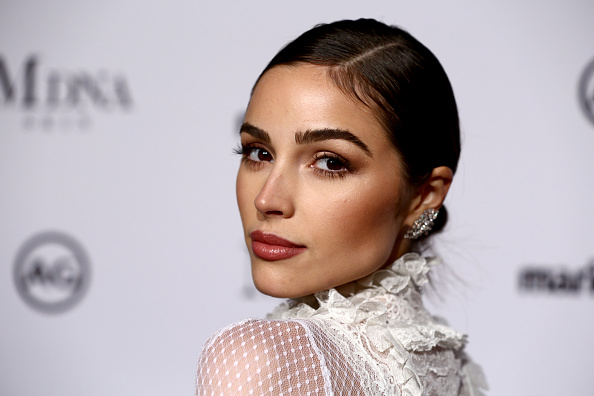 Olivia Culpo is a social media influencer and winner of an American beauty pageant. She has a net worth of $7 million. Olivia’s career began in 2012 when she won the title of Miss Rhode Island USA. After winning both Miss USA and Miss Universe in the same year, she became known across the country and around the world. Culpo has a big fan base outside of beauty pageants. She has a lot of followers on Instagram, Twitter, and YouTube, and she has been in a number of TV shows and movies. Olivia has more than 5 million followers on Instagram alone as of this writing.

Olivia Culpo was born in Cranston, Rhode Island, on May 8, 1992. She is the middle child of Peter and Susan Culpo’s five kids. Her father is a restaurant owner and is a co-owner of several businesses in Boston. Aurora is Culpo’s older sister, Pete is his older brother, Gus is his younger brother, and Sophia is his younger sister. They come from both Italy and Ireland.

As a child, Culpo went to St. Mary Academy – Bay View, a Catholic school for girls. She started playing the cello in the second grade. She has played it in the Rhode Island Philharmonic Youth Orchestra, the Rhode Island Philharmonic Chamber Ensemble, and other groups. Culpo went to the Brevard Music Center in North Carolina for two years. She went to Boston University as a young adult, but she dropped out.

In 2012, Culpo took part in her first beauty contest, Miss Rhode Island USA. After being named the winner, she went on to compete in the June Miss USA pageant, which she also won. In the end, Culpo won Miss Universe in Las Vegas, Nevada, in December 2012. In doing so, she became the eighth person from the U.S. to hold the title, and the first since Brook Lee in 1997. Culpo was also the first person from Rhode Island to win the Miss Universe title.

Early in 2013, Culpo went to Indonesia to help choose the winner of the Puteri Indonesia national beauty pageant. Later that year, she walked in a fashion show for Sherri Hill in New York City and named Gabriela Isler of Venezuela as her successor as Miss Universe.

The Internet and Fashion

Since she won Miss Universe, Culpo has made a name for herself in the business world. She became a well-known person on social media because she had a lot of fans on YouTube, Twitter, and Instagram. Culpo also became a fashion influencer when she started working with brands like L’Oréal, Uberliss, and Kipling. She has also been in the Sports Illustrated Swimsuit Issue. In 2020, she shared the cover with Jasmine Sanders and Kate Bock.

Culpo made her acting debut in the 2014 comedy “The Other Woman,” which also starred Cameron Diaz, Kate Upton, Leslie Mann, and Nikolaj Coster-Waldau. She was called the Raven-Haired Beauty and was one of the people Coster-character Waldau’s fell in love with. In 2017, Culpo played the girlfriend of Andy Biersack’s main character in the supernatural musical thriller “American Satan.” This was a bigger role for her. Next, Culpo was in two movies in 2018. The first was the comedy “I Feel Pretty,” which starred Amy Schumer, Michelle Williams, Aidy Bryant, Rory Scovel, and Emily Ratajkowski. In the second movie, “Reprisal,” Bruce Willis, Johnathon Schaech, and Frank Grillo played roles.

Culpo was in “The Swing of Things” in 2020. The next year, she had her biggest role in a movie yet in “Venus as a Boy,” a romantic drama written and directed by its star, Ty Hodges. Culpo played Ruby, the main female character in the movie. Ruby is a famous influencer who falls in love with an artist who lives in the Venice neighborhood of Los Angeles, California. Bai Ling, Trace Lysette, Estelle, Gilles Marini, and Stacy Barthe are also in the cast. “Venus as a Boy” is named after the 1993 single by Icelandic musician Bjork with the same name.

Since she was named Miss Universe in 2012, Culpo has been back to the pageant in a number of different ways. In 2015, she was a judge, and in 2019, she was a backstage correspondent. Culpo was the host of Miss Universe 2020, which was held in May 2021 because of the COVID-19 pandemic.

Culpo was also a guest diner on an episode of “Hell’s Kitchen” in 2017, which is a reality cooking competition show. The next year, she was one of the main stars of the E! docuseries “Model Squad,” along with Daniela Braga, Hannah Ferguson, Nadine Leopold, Devon Windsor, and Ping Hue. Culpo has played the same character from the movie “American Satan” on the Amazon Prime Video show “Paradise City,” which is a continuation of the movie. The first episode of the show aired in March 2021.