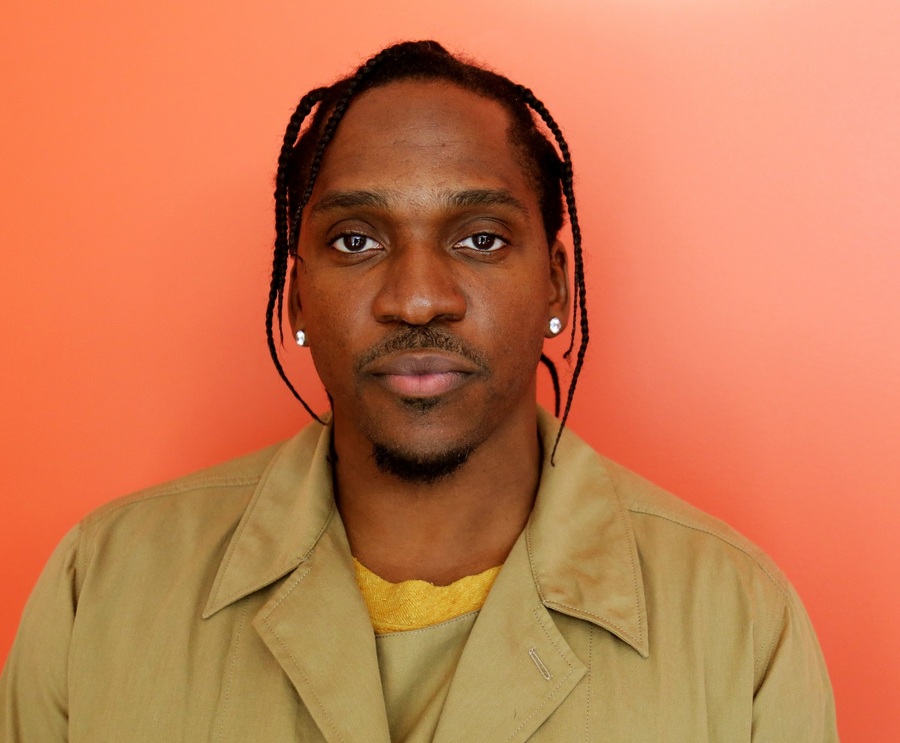 What is Pusha T’s Net Worth?

Pusha T is an American hip-hop artist with a $14 million net worth. Along with his brother, he helped start Re-Up Records and is now one of its co-CEOs. He is also known as one half of the hip-hop duo Clipse, along with his brother Gene “No Malice” Thornton, who is also a rapper. In the early 1990s, the brothers got together with Pharrell Williams of the Neptunes and started a career that would lead to record deals with major labels and albums that were praised by critics.

Pusha T, whose real name is Terrence LeVarr Thornton, was born on May 13, 1977, in The Bronx, New York City, New York. Soon after, the family moved to Virginia Beach, Virginia, where Thornton and Gene grew up. Both brothers sold drugs when they were teenagers. Gene’s parents kicked him out of the house when they found out what he was doing. In 1992, he and Gene decided to try to make a living with hip hop. Together, they formed a group called Clipse.

After the brothers formed Clipse, they met Pharrell Williams of the Neptunes, who is also from Virginia and makes records. In 1997, Williams helped them get a record deal with Elektra Records. They started making their first album, “Exclusive Audio Footage,” but the first single, “The Funeral,” was a commercial failure, so the album’s release was put on hold. Soon after, Clipse was kicked off the label, and Terrence started going by the name Pusha T. Even though Pusha T wasn’t signed to a major label at the time, he was on a lot of songs by other artists, like Kelis and Nivea.

Pharrell Williams signed the duo to Arista Records at the beginning of 2001. Clipse started making their first album for a major label, which was overseen by The Neptunes. On May 14, 2002, their first single, “Grindin,” came out. The song was a summer Top 40 hit, and in July of that same year, it got to No. 30 on the Billboard Hot 100. Their second single, “When the Last Time,” also did well and reached No. 19 on the charts. Clipse’s first album, “Lord Willin,” came out in August 2002. It debuted at number one on the Top R&B/Hip Hop Album chart and number four on the Billboard 200. In October 2002, the RIAA finally said that the album was gold. Late in 2003, Clipse started to record songs for their second album, “Hell Hath No Fury.” But work on the album stopped in 2004 when the hip hop artists on Arista Records were moved to its sister label, Jive Records, as part of a merger between Sony Music Entertainment and BMG. Clipse had to stay on Jive because of the terms of his contract. Clipse got back to work on the album and finished it, but the brothers’ frustration with the Jive label kept growing.

In 2004, Pusha T and his brother started their own record label imprint called Re-Up Records. Along with rappers Ab-Liva and Sandman, they formed the hip-hop group Re-Up Gang. The band finally put out their third studio album, “Hell Hath No Fury,” in 2006. It was their best-selling album and was praised by critics. The Neptunes produced the album again, and it started out at No. 14 on the Billboard chart. It led to the singles “Mr. Me Too” and “Wamp Wamp,” which did okay (What It Do). After Clipse’s fourth album, “Til the Casket Drops,” came out in December 2009, No Malice and Pusha T said they were taking a break from the group to work on their own solo projects.

In 2010, Pusha T announced that he was signing with Kanye West’s G.O.O.D. Music label. On March 21, 2011, he released his first solo project, a mixtape called “Fear of God,” which was well-received by critics. In 2011, Pusha T was on HBO’s “How to Make it in America,” season two. Later that same year, he sang on the song “What Do You Take Me For?” by the English pop singer Pixie Lott. The song was a hit in the UK, and it got as high as number 10 on the UK Top 40. The label put out Pusha T’s first official album, “My Name Is My Name,” in 2013. Rick Ross, 2 Chainz, Kendrick Lamar, and others made guest appearances on the album. Pusha’s album “King Push – Darkest Before Dawn: The Prelude” came out in December 2015. Pusha’s album “Daytona” was well received by critics when it came out in 2018.

Pusha T has been up for three Grammy awards over the course of his career. First for Best Rap/Sung with Clipse and Justin Timberlake for “Like I Love You.” Next, in 2013, he was nominated for Best Rap Performance with Kanye West, Big Sean, and 2 Chainz for their song “Mercy.” He was also up for Best Rap Album in 2019 for his album “Daytona.”

Pusha T has had a few fights over the years. The first was with a former label-mate. Consequence about the first single from Pusha’s solo mixtape, “My God.” Consequence said on Twitter that Pusha T stole his flow and lyrics from his song “The Last Supper,” which Pusha T was supposed to be on. After Clipse and Birdman worked on “What Happened to That Boy,” Pusha T and Lil Wayne had a hard time getting along for years. Lil Wayne thought that the song “Mr. Me Too” by Clipse was about him. Both men have tried to play down the fight, and Wayne has even said in public that he is done with it. Pusha T was also known for getting into a fight with Drake after T’s song “Exodus 23:1” came out. In the song “Infrared” from his 2018 hit album “Daytona,” he said that Drake wrote his lyrics with the help of a ghostwriter. This made their fight even worse. Drake’s “Duppy Freestyle,” which was a diss track, came out less than 24 hours after the song.

Nigel Brixx Thronton was born in June 2020 to Pusha T and his wife, Virginia Williams. The child’s middle name, “Brixx,” caused a stir because it is a slang word for cocaine, which Pusha T often raps about.