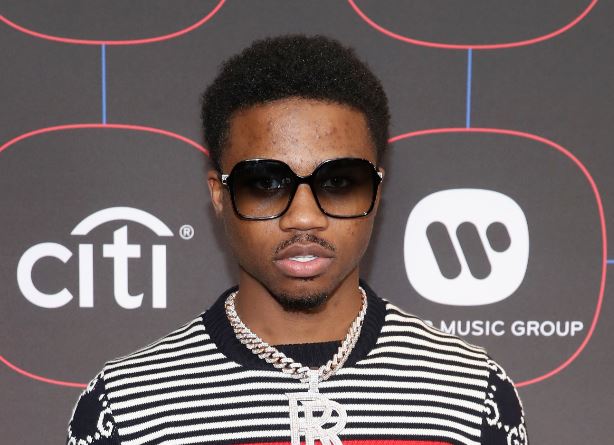 How much is Roddy Ricch Net worth?

The net worth of American rapper, singer, songwriter, and record producer Roddy Ricch is $20 million. Roddy Ricch is a rapper who rose to prominence in 2018 with the release of his track “Die Young.” In 2019, he was featured on Nipsey Hussle’s tune “Racks in the Middle,” for which he was nominated for a Grammy Award for Best Rap Performance. In the same year, Ricch released his debut studio album, “Please Excuse Me for Being Antisocial,” which topped the Billboard 200 and yielded the smash single “The Box.”

Roddy Ricch was born as Rodrick Wayne Moore Jr. in Compton, California on October 22, 1998. He attended Carson Senior High School and Westchester Enriched Sciences Magnets and lived in Atlanta, Georgia for some time. Ricch began rapping at a young age and was producing beats at the age of 16. Involvement with the Park Village Compton Crips landed him in county jail for a short time.

In November of 2017, Ricch released his debut music project, the mixtape “Feed Tha Streets.” The following year, he released an EP titled “Be 4 Tha Fame” and gained widespread notoriety with the song “Die Young,” which he penned in memory of a childhood buddy who was slain in a high-speed vehicle pursuit. In November of 2018, while doing time in county jail, Ricch released his second mixtape, “Feed Tha Streets II,” which peaked at number 67 on the Billboard 200 and number 36 on the Top R&B/Hip-Hop Albums chart.

Late in 2019, Ricch released his debut studio album, “Please Excuse Me for Being Antisocial,” accompanied by the tracks “Big Stepper,” “Start wit Me,” and “Tip Toe.” The album debuted at number one on the Billboard 200 and became the longest-running number-one debut rap album in the United States in the past sixteen years. In addition, its highest-charting hit, “The Box,” topped the Billboard Hot 100 for eleven consecutive weeks. “Please Excuse Me for Being Antisocial” won Album of the Year at the BET Awards, while Ricch received six Grammy nominations.

Throughout his early career, Ricch has had several successful collaborations with various rappers and musicians. In 2018, he appeared on the album “Championships” by Meek Mill and collaborated with Marshmello on the tune “Project Dreams.” Ricch received the Grammy Award for Best Rap Performance for his performance on Nipsey Hussle’s “Racks in the Middle” in 2019, which was one of his biggest hits of the year. Shortly thereafter, he appeared on the remix of Post Malone’s “Wow” and collaborated with Mustard on the smash song “Ballin’.”

Ricch was featured on “Letter to Nipsey” by Meek Mill, “Numbers” by A Boogie wit da Hoodie, and “Walk Em Down” by NLE Choppa in 2020. His biggest success that year was “Rockstar” by DaBaby, which topped the Billboard Hot 100 for seven weeks. Ricch was subsequently featured on the posthumous singles “The Woo” by Pop Smoke and “Gifted” by Cordae.

Roddy claims to have made $20 million in 2020 alone, the most of which was spent in commercial real estate developments in his hometown of Compton.

In February of 2021, Ricch and rapper 42 Dugg were injured in a shooting incident that occurred during a music video shoot in Atlanta, Georgia. Rapper OMB Peezy was subsequently charged with aggravated assault with a dangerous weapon and criminal possession of a handgun. Ricch and 42 Dugg were unscathed, and all three individuals who were injured lived. As a result of this occurrence, Ricch and 42 Dugg released the track “4 Da Gang.” Several months later, Ricch released “Late at Night,” which debuted at number 20 on the Billboard Hot 100.

Ricch previewed his upcoming sophomore album, “Live Life Fast,” in September 2021. Later, on December 1st, he stated that the album will be published on the seventeenth of the month.

Ricch has a baby with model and entrepreneur Allie Minati in 2020. The previous year, he was jailed for felony domestic violence in Los Angeles for reportedly hitting his girlfriend. Ricch was finally released after posting a $50,000 bond, and all charges were dismissed owing to insufficient evidence.