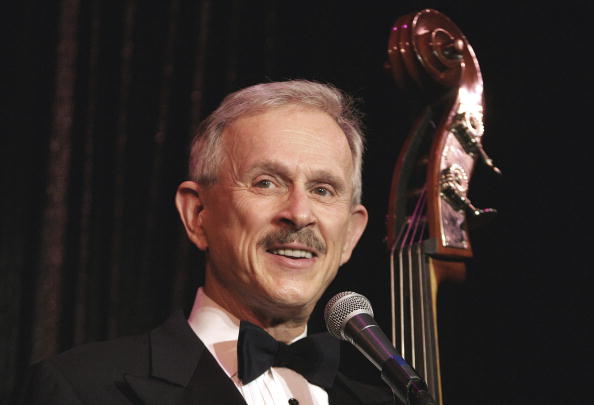 What is the net worth of Dick Smothers?

American actor, songwriter, musician, and comedian Dick Smothers has a net worth of $1 million. In the 1950s, Dick was one half of the group known as The Smothers Brothers, which performed a comic musical performance. Dick and his brother Tom subsequently retired from performing, but they reconnected in Florida in 2019 for a charity event. Outside of his collaboration with Tom, Dick has appeared in several solo ventures, most notably in Martin Scorsese’s Casino. In this picture, Smothers played a corrupt Nevada senator, one of his few serious roles.

Richard Remick Smothers was born in New York City on November 20, 1938. His father fought as an Army officer during World War II, and he died in 1945 as a prisoner of war after being seized by Japanese troops. His mother was left to raise Dick and his older brother Tom by herself. Eventually, the family relocated to California, where Dick attended high school. Smothers attended San Jose State University and joined the track team after graduation.

Dick and his brother made their debut at The Purple Onion in San Francisco in 1959. Eventually, they gained popularity in nightclubs and signed with Mercury Records. This resulted in the publication of top forty albums, including “Curb Your Tongue, Knave!” Over the subsequent years, they diversified and explored their prospects in the television industry. In 1961, they made their debut television appearance on “The Jack Paar Show.” This would be the first in a series of subsequent television appearances on shows such as “The Judy Garland Show” and “Burke’s Law.” The Smothers Brothers debuted on television in 1965 with the sitcom “The Smothers Brothers Show.” Unfortunately, after only one season, this show was terminated due to weak ratings.

In spite of this setback, the Smothers Brothers rebounded a year later with “The Smothers Brothers Comedy Hour.” This show defied every norm, becoming one of the craziest on television at the time. With a strong staff of writers and performers that included presidential contenders and hippies, the program enjoyed a great deal of popularity over the course of the next years, finally ending in 1969.

During these two years, a variety of musical guests came on the show, including George Harrison, Ringo Starr, Buffalo Springfield, Cream, The Doors, Jefferson Airplane, Steppenwolf, and Simon & Garfunkel. Pete Seeger, who had been banned for his political views in the 1950s, performed early on in this program, which was afterwards regarded controversial. This immediately gave the program an anti-Vietnam War attitude, which would come to characterize the Smothers Brothers throughout the years.

In 1967, The Who appeared on their show, sparking a significant controversy. The ensemble blew up their instruments with explosives after performing “My Generation,” but the resulting explosion was far larger than intended. Erroneously, three tiny explosive charges were inserted to the drum set, causing shrapnel to scatter over the stage. Keith Moon (the drummer) was cut in the arm by a piece of the drum kit, causing him to moan in pain. Pete Townshend also suffered, as his hair caught fire and the explosion apparently contributed to his subsequent hearing loss.

As the popularity of their show increased, it also grew increasingly contentious. The focus of their comedic performance shifted to include the President, racism, and the Vietnam War. These topics brought the Smothers Brothers into conflict with CBS, who sought to tightly regulate their broadcasts. His actions resulted in the deletion of entire sequences, which escalated tensions between the Smothers Brothers and the producers. In 1969, these issues led to the discontinuation of the show. The Smothers Brothers then filed a lawsuit against the network for breach of contract, but were unsuccessful. Nevertheless, they won an Emmy Award that year.

After their program was canceled, Dick and Tom continued to participate in a variety of ventures. Despite the fact that many of these initiatives were eventually forgettable, they remained notable in the entertainment industry. Towards the end of the decade, they reunited for a CBS performance commemorating the 20th anniversary of their program.

Dick landed a supporting role in Martin Scorsese’s 1995 picture “Casino,” despite the fact that things slowed down in the ’90s. After a long tour, the duo announced their retirement in 2010 and performed their final show in Las Vegas. However, they would eventually rejoin for one more Florida performance. However, they did not perform and instead responded to questions after discussing their careers. This appearance’s revenues were given to the National Comedy Center.

Over the years, Dick has had severe financial difficulties. Due to the decline in the housing market, Dick Smothers filed for Chapter 11 bankruptcy protection in February of 2010. He was among the many persons impacted by the 2008 economic crisis. In his bankruptcy petition, his entire debt was recorded as $2,800,000 while his assets amounted to only $2 million. He further claimed that his creditors were harassing him by garnishing his salary and impersonating him over the phone in an effort to establish the balance of his bank account. At this point, Dick was feverishly attempting to sell off his Florida homes.