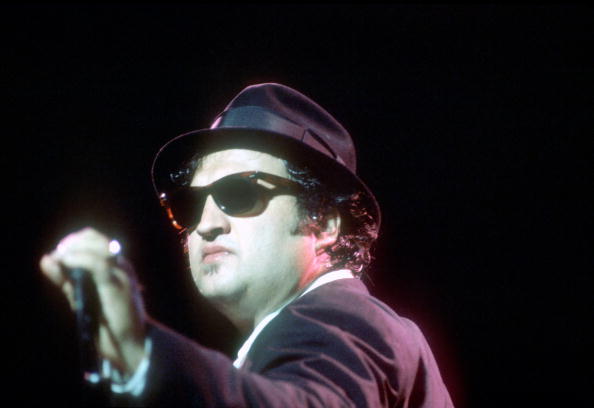 What was the net worth of John Belushi?

At the time of his death, American actor, comedian, writer, and musician John Belushi had a net worth of $2 million. Inflation-adjusted, this is equivalent to around $5 million in current terms. From 1975 to 1979, Belushi was a member of the original cast of the NBC sketch comedy series “Saturday Night Live” and also wrote for the program. John portrayed John Blutarsky in “Animal House” (1978) and Jake “Joliet Jake” Blues in “The Blues Brothers” (1980). He also featured in “1941” (1979) and “Neighbors” (1981). On “Rolling Stone’s” 2015 list of the top “SNL” cast members, Belushi rated first. John tragically died of a heroin overdose at the age of 33 in March 1982.

John Belushi was born John Adam Belushi in Chicago, Illinois on January 24, 1949. He was raised in an Eastern Orthodox Christian home with his mother Agnes, father Adam, and siblings Jim, Billy, and Marian. Agnes worked at a pharmacy and was born to Albanian immigrants, while Adam operated a restaurant and was also an immigrant from Albania. John attended Wheaton Central High School, and in 1965 he co-founded the band the Ravens with Phil Special, Michael Blasucci, Dick Blasucci, and Tony Pavilonis. Before disbanding, The Ravens recorded the song “Listen to Me Now/Jolly Green Giant” with Belushi on vocals and percussion. John attended the College of DuPage and the University of Wisconsin–Whitewater after graduating from high school.

In Chicago, Belushi and Steve Beshekas and Tino Insana founded the comedic group West Compass Trio, which drew the attention of Second City creator Bernard Sahlins. John joined The Second City in 1971 and met Harold Ramis, Brian Doyle-Murray, and Joe Flaherty there. In 1972, Belushi, Chevy Chase, and Christopher Guest performed in “National Lampoon Lemmings,” an Off-Broadway Woodstock spoof, while John went to New York City and began working for “The National Lampoon Radio Hour” as an actor, writer, and director. During a trip to Toronto in 1974, he met Dan Aykroyd, and the following year, “The National Lampoon Show” toured the United States. After Chevy Chase and Michael O’Donoghue suggested him to Lorne Michaels in 1975, Belushi auditioned for the forthcoming NBC show “Saturday Night.” John was one of the original cast members alongside Chase, Aykroyd, Laraine Newman, Garrett Morris, Jane Curtin, and Gilda Radner when the show was renamed Saturday Night Live. Belushi was well-known for his “SNL” roles as the Blues Brothers (with Aykroyd), Samurai Futaba, and Olympia Café proprietor Pete Dionisiopoulos.

John featured in the 1976 TV special “The Beach Boys: It’s OK” (which he co-wrote with Dan Aykroyd and Lorne Michaels) and the 1978 TV movie “The Rutles: All You Need Is Cash” before starring in the 1978 films “Animal House” and “Goin’ South.” Animal House was ranked number one on Bravo’s “100 Funniest Movies” list and number 279 on Empire magazine’s “The 500 Greatest Movies of All Time” list. In 2001, it was chosen for preservation in the Library of Congress’ National Film Registry as being “culturally, historically, or aesthetically significant.” In 1979, Belushi participated in the drama “Old Boyfriends” and the military comedy “1941” directed by Steven Spielberg. In 1980, he co-starred with Dan Aykroyd in the musical comedy “The Blues Brothers.” They also recorded the albums “Briefcase Full of Blues” (1978) and “Made in America” as the Blues Brothers (1980). In 1981, John featured in the romantic comedy “Continental Divide” and, in his final performance, portrayed Earl Keese in “Neighbors.” At the time of John’s death, Aykroyd was scripting “Ghostbusters” with the intention of co-starring alongside Belushi; however, the part of John was ultimately played by Bill Murray.

John married his high school sweetheart, Judith Jacklin, on December 31, 1976, and they stayed married until his passing. Judith had cameo appearances in two of Belushi’s films, “National Lampoon’s Animal House” and “The Blues Brothers,” and released the biography “Belushi: A Life” in 2005. Multiple times, John was sacked and rehired from “Saturday Night Live” due to his excessive drug usage. In a 2012 interview with “Vanity Fair,” Dan Aykroyd discussed filming “The Blues Brothers,” admitting, “We had a cocaine budget for night shots. Everyone, including me, did it. Never to excess, and never to the point that I desired to own or possess it. John, though, adored what it did. It gave him that superman sense when you begin to chat and interact and believe you can fix the issues of the world.

Belushi momentarily abstained from drug addiction in 1981, but returned while filming “Neighbors.” The day before he passed away, John begged his manager, Bernie Brillstein, for money, but Bernie denied because he believed John would spend it on drugs. Later, when Belushi came and begged again when Brillstein had company, Bernie handed him the money because he did not like to reprimand John in front of his guest. Bill Wallace, Belushi’s fitness trainer and sometimes bodyguard, came at John’s bungalow at the Chateau Marmont on March 5, 1982, to deliver an audiocassette recorder and typewriter and discovered Belushi dead. Dr. Ronald Kornblum, a Los Angeles medical examiner, determined that John’s cause of death was acute heroin and cocaine toxicity. Catherine Evelyn Smith acknowledged two months after John Belushi’s death that she had given him the narcotics that killed him; she was then arrested and charged with first-degree murder. Due to a plea agreement, the conviction was reduced to involuntary manslaughter, and Smith served fifteen months at the California Institution for Women in Chino. Belushi was buried at Abel’s Hill Cemetery on Martha’s Vineyard following a traditional Orthodox Christian burial. The inscription on John’s tombstone read, “I may be dead, but rock and roll lives on” underneath a skull and crossbones. Due to his followers cluttering the area surrounding his tomb, he was later reburied in an unmarked cemetery nearby.