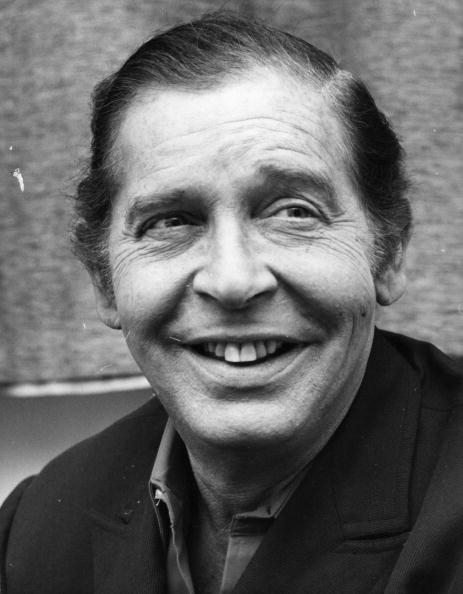 What was the net worth of Milton Berle?

At the time of his death, the American comedian and actor Milton Berle had a net worth of $2 million. From his beginnings in silent films to hosting successful television shows and participating in films during the first Golden Age of Television, Milton Berle’s career lasted almost 80 years. He was the first significant American television personality. Among Berle’s nicknames were “Mr. Television” and “Uncle Miltie.” From 1948 through 1955, he presented the NBC television series Texaco Star Theater.

Milton Berle died on March 27, 2002, at the age of 93, of colon cancer. He was not nearly as affluent as many of his comedy contemporaries at the time of his death. Some refer to Milton’s lifelong gambling propensity, especially on horses, as a significant financial drain. Additionally, the fact that he was married four times did not help.

Berle was born on July 12, 1908 in Harlem, New York City to a Jewish family. Moses and Sarah Berlinger bestowed upon him the name Mendel Berlinger. His father was a salesperson for paint and varnish. There were three elder brothers in his family: Phil, Frank, and Jack. Frank and Jack eventually joined his television show’s production staff, while Phil became an NBC programming executive.

In 1913, at the age of five, Berle won the children’s Charlie Chaplin contest. He also began working as a kid model and performed in silent films as a young actor. He became a student at the Professional Children’s School in 1916. At the age of 16, he began playing in vaudeville, and in 1932 he appeared on Broadway in “Carrol’s Vanities.” At the age of 16, Berle chose to use the stage name Milton Berle professionally.

Berle was chosen by producer Jack White to star in “Poppin’ the Cork,” a musical comedy about the end of Prohibition, as a result of his prior success. He also contributed to the film’s score, since he was beginning to develop an interest in songwriting. He composed the B-side tune “Leave the Dishes in the Sink, Ma” for Spike Jones and the theme song for the 1940 picture “Lil’ Abner.”

He also began performing on the popular radio show “The Rudy Vallee Hour” from 1934 until 1936. In 1939, he began presenting “Stop Me If You’ve Heard This One.” He was also a regular on “The Gillette Original Community Sing.” In 1940, he chose to develop his radio career by curtailing his appearances at nightclubs in order to launch the radio program “Three Ring Time.” Between 1944 and 1945, he also presented the audience participation show “Let Yourself Go.” In 1947, he began presenting “The Milton Berle Show,” which aired until mid-April 1948 and included a number of prominent stars of the period.

In June of 1948, Berle recreated portions of his old vaudeville act for “Texaco Star Theatre,” shifting his concentration from radio to television, where he had been primarily focused for the most of the 1940s. The show debuted on the NBC Television Network, and although Berle was not the permanent host at first, he became the regular presenter in the autumn following many months of successful guest hosting stints. After the first Emmy Award, both Berle and the show went on to win numerous more. It propelled Berle to fame and earned him the moniker “Mr. Television.” He became known as “Uncle Miltie” to his audience when he advised them to “Listen to you Uncle Miltie and go to bed” at the close of one of his shows.

Due to the enormous popularity of his show in 1951, NBC signed him to an extraordinary 30-year exclusive television deal. In 1953, however, the show’s primary sponsor, Texaco, withdrew and was replaced by Buick. Additionally, the show’s structure shifted and its ratings began to decline, resulting in Buick’s departure after only two seasons. From 1955 to 1956, the last season of the program aired under the title “The Milton Berle Show.”

As his broadcast career declined, Berle began making frequent appearances at Las Vegas hotels, clubs, and casinos. In addition, he appeared in a number of films between the mid-1950s and the 1960s. He was nominated for an Emmy for his work on “The Dick Powell Show” and got praise for numerous of his dramatic acting roles. In 1960, he was also honored with a star on the Hollywood Walk of Fame.

Throughout the final years of his career, Berle frequently presented trophies at award events and appeared on shows such as “Saturday Night Live.” 1984 saw his induction into the Television Hall of Fame.

According to folklore, Milton Berle’s penis was enormous. Alan Zweibel met Milton backstage at “Saturday Night Live” and remarked that he had written hundreds of jokes about the band’s members over his career. In answer, Milton volunteered to demonstrate the merchandise. Alana agreed and subsequently described the offer as a “the anaconda was gigantic. It resembled pepperoni.”

In 1941, Berle married actress Joyce Mathews early in his career. However, they divorced in 1947 and remarried in 1949 after reconciling. This second union was brief and dissolved in 1950. In 1953, he married publicist Ruth Cosgrove, whom he had been seeing at that point. They stayed married until her passing in 1989 from cancer.

Berle said in 1989 that his mother was responsible for the dissolution of his marriages to Mathews. In 1992, he wed fashion designer Lorna Adams, who was thirty years his junior. Three of his children were adopted: a daughter with Matthews, a boy with Cosgrove, and a biological son with showgirl Junior Standish. After marrying Adams, he also had two stepdaughters.

Berle details his adulterous romances and sexual activities in his memoirs, claiming to have been close with Marilyn Monroe and Betty Hutton, however the veracity of these allegations has been contested.

In 2001, Berle revealed that he had a cancerous colon tumor and chose against surgery. He had anticipated that the tumor would grow slowly and allow him to live for several more years, but he died of colon cancer in March 2002. He is buried in Culver City’s Hillside Memorial Park Cemetery.