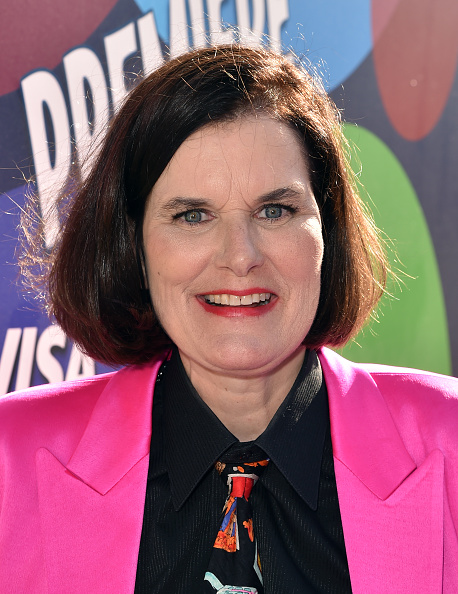 How much is Paula Poundstone Net worth?

Paula Poundstone is an author, stand-up comedian, and pundit with a $2 million net worth. Besides developing her own comedy specials, Paula also appears on popular radio and television programs.

Poundstone was born in Huntsville, Alabama on December 29, 1959. She is Vera and Jack Poundstone’s daughter. Her father was an engineer, and one month after her birth, the family relocated to Sudbury, Massachusetts.

In 1979, Poundstone began her career in comedy by playing at open mic evenings in Boston. In the early 1980s, she began touring the United States aboard a Greyhound bus, stopping to perform at open-mic nights at various comedy clubs along the route. She spent a considerable amount of time in San Francisco, where she became known for her improvised performances at the clubs Holy City Zoo and The Other Café.

In 1984, she had a break when Robin Williams watched her perform and urged her to relocate to Los Angeles to explore additional possibilities and advance her profession. After that, Williams hosted an edition of “Saturday Night Live” when Poundstone was able to do her act. She was cast in the movie “Gremloids” the same year.

She continued to perform stand-up comedy and make appearances on late-night talk shows over the following few years. In 1989, she received the American Comedy Award for “Best Female Stand-Up Comedian.” She authored and acted in the HBO special “Cats, Cops, and Other Stuff” in 1990. She was the first woman to win this award for a Standup Comedy Special after receiving the CableACE Award for her efforts. The act has also lasted the test of time, as comic Tig Notaro rated it one of the 5 Funniest Stand-Up Specials of All Time in the March 2019 issue of TIME magazine. The success of her second special, “Paula Poundstone Goes to Harvard,” followed the success of her first. In 2006, she had her own special on Bravo, titled “Paula Poundstone: Look What the Cat Dragged,” which was a part of the channel’s three-part “Funny Girls” series.

In addition to her comedy specials, Poundstone also achieved success in other areas of humor. During the 1992 US Presidential campaign, she served as a political correspondent for “The Tonight Show” and in 1996, she worked on “The Rose O’Donnell Show.” She also had her own show on HBO, which won a CableACE Award: “The Paula Poundstone Show.” She was also a regular panelist on “To Tell the Truth” and a recurrent character on “Cybill.”

Additionally, her unusual voice has enabled her to pursue a career in voice acting. In 1997, she provided the voice for Judge Stone in “Science Court,” an educational children’s animation series that aired on ABC Kids. She also provided the voice for the mother in the UPN animated series Home Movies until its discontinuation in 1999.

Recently, she has been a frequent panelist on the famous weekly quiz show “Wait Wait Don’t Tell Me” on National Public Radio. She also collaborated with NPR on “Live from the Poundstone Institute,” a science-comedy interview show that ran throughout 2017. In July of 2018, she and Adam Felber began hosting an information-based comedic podcast titled “Nobody Listens to Paula Poundstone.”

In addition, she has published other novels. In 2006, she released her debut book, “There is Nothing in This Book That I Meant to Say.” In 2017, she published “The Totally Unscientific Study of the Search for Human Happiness,” her second book. In addition to “Mother Jones,” “The Los Angeles Times,” “Glamour,” and “Entertainment Weekly” have published her work.

Throughout her numerous endeavors, Poundstone has maintained a consistent tour schedule around the nation. She never repeats an act and regularly engages with the audience, helping her to win over crowds. Additionally, she has published three CDs of comedy in 2009, 2013, and 2016.

Poundstone describes herself as an atheist and an asexual. In the 1990s, she became a foster parent and has fostered eight children. Three of these children are adopted by her: a son and two girls.

In October 2001, Poundstone had a run-in with law authorities when she was charged with felony child endangerment for driving drunk with a child in the vehicle. She was also charged with indecent actions against a minor younger than 14 but finally accepted a plea deal in which the prosecutors dismissed the lewd acts allegations. Poundstone was prohibited from taking speedier children in the future, spent five years of probation, through six months of rehabilitation, and performed 200 hours of community service. She also attended sessions of Alcoholics Anonymous. She has accepted responsibility for the allegations of child endangerment but maintains her innocence over the counts of indecent behavior.

Since 2007, Poundstone has served as the National Spokesperson for “United for Libraries” of the American Library Association, a citizens’ support group that raises money and publicity for local libraries. Poundstone is a voracious reader.