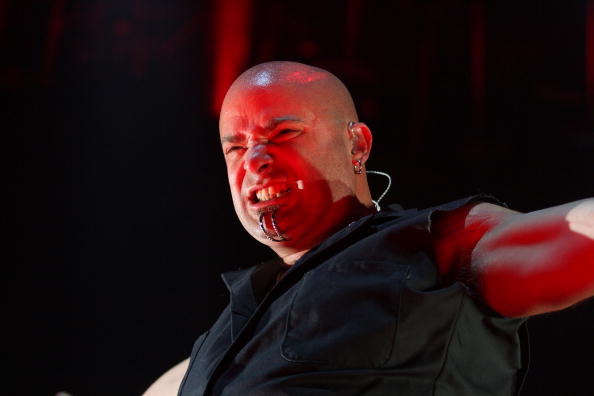 How Much Is David Draiman Net Worth?

American singer and composer David Draiman has a net worth of $8 million. Along with Dan Donegan, Mike Wengren, and John Moyer, Draiman is most known for being the main singer of the heavy metal band Disturbed. David was named #42 on “Hit Parader’s” 2006 list of the “Top 100 Metal Vocalists of All Time” according to his signature percussive vocal style and distorted voice. Disturbed is recognized for their big tracks “Stupify,” “Down with the Sickness,” “Stricken,” “Inside the Fire,” and “The Sound of Silence” (a cover of the 1965 Simon & Garfunkel single).

David Draiman was born David Michael Draiman in Brooklyn, New York, on March 13, 1973. David was raised by his mother Miriam, father YJ, and brother Benjamin. When David was 12 years old, his father, a small-business entrepreneur and real estate developer, was sent to prison for embezzlement. YJ has launched his candidacy for the 2022 Los Angeles mayoral election. Draiman’s parents are Jewish, and although they were not religiously devout during his childhood, they enrolled him in Orthodox schools and frequently took him to Israel. He attended Valley Torah High School in Los Angeles, Fasman Yeshiva High School in Chicago, and Wisconsin Institute of Torah Study in Milwaukee. David formed his first band while attending Valley Torah High School, and following his first year at the Wisconsin Institute of Torah Study, he was asked to leave. He told “The Jerusalem Post” in 2011: “I just wanted to be a regular adolescent, but I was being sent to a yeshiva because I couldn’t bear the life’s stringent religious obligations.” Draiman further disclosed to the magazine that he had training as a hazan and “directed High Holy Day services in Chicago for a period of years.”

In 1991, David graduated from the Ida Crown Jewish Academy in Chicago. In this time period, Draiman’s fiancée, a heroin addict who introduced him to the substance, committed suicide; he subsequently penned the song “Inside the Fire” about the tragedy. Draiman awoke beneath a parked car on New Year’s Day when he was 18 years old, naked, shoeless, and nearly freezing to death, with no idea how he got there. After detoxification, he resolved never to use heroin again. After completing high school, David spent a year at Yeshivas Neveh Zion in Kiryat Ye’arim, Israel, before enrolling in Loyola University Chicago in 1992 to begin pre-law studies. In 1996, Draiman obtained a Bachelor of Arts in Political Science and Government, Philosophy, and Business Administration. Although he was admitted to law school, he opted not to go since he was mainly interested in criminal defense law. “I couldn’t face myself in the mirror and say I was going to lie for a life and defend criminals,” he explained. After graduation, David worked as an administrative assistant in a healthcare institution, and later, after earning his administrator’s license, he ran a healthcare center for five years.

In 1996, the lead vocalist for Disturbed departed the band, and Draiman landed the position after discovering an audition notice in a Chicago music newspaper. The band’s debut album, “The Sickness,” was released on March 7, 2000, and was certified five times platinum in the United States. The single “Down with the Sickness” achieved #5 on the “Billboard” Mainstream Rock chart and #8 on the “Billboard” Modern Rock Tracks chart, and was certified platinum. Their 2002 follow-up album, “Believe,” and their subsequent four albums also topped the “Billboard” 200 chart. “Believe” was certified two times platinum in the United States, while “Prayer” reached No. 3 on the Modern Rock Tracks and Mainstream Rock singles charts. “Ten Thousand Fists” was released in 2005 and includes the gold-certified hit “Stricken.” “This Moment” was featured on the “Transformers” soundtrack in 2007, and the platinum album “Indestructible” topped the charts in the United States, Canada, Australia, and New Zealand in 2008. The single “Inside the Fire” was certified gold and topped the Mainstream Rock chart at number one. Beginning with “Indestructible,” “Perfect Insanity,” and “Inside the Fire” in 2014, video game maker Harmonix began providing Disturbed songs for “Rock Band” gameplay.

The singles “Another Way to Die,” “The Animal,” and “Warrior” all reached the top ten on the Mainstream Rock chart from the band’s 2010 album, “Asylum.” Disturbed went on sabbatical in 2011, returning in 2015 with the platinum-certified album “Immortalized.” The album included a cover of “The Sound of Silence” that was certified Platinum or higher in eight countries and made “Loudwire’s” lists of the “20 Best Rock Songs of 2016” and “10 Best Rock Videos of 2016.” The band released the album “Evolution” in 2018, and the songs “A Reason to Fight” and “No More” both peaked at number one on the Mainstream Rock chart. They announced a tour commemorating the 20th anniversary of “The Sickness” in early 2020, but it was ultimately canceled owing to the COVID-19 epidemic.

On September 25, 2011, David wed model and actress Lena Yada, and on September 12, 2013, the couple had son Samuel Bear Isamu Draiman. Lena labored for 23 hours to deliver Samuel, who was delivered three weeks before his due date. Draiman backed Bernie Sanders in the 2016 presidential election, and he has stated on the subject of politics, “I am a liberal on all issue-based ideologies, but I also believe in a limited government. Neither the budgetary policies of the Democrats nor the right-wing lunacy of the Republicans are acceptable to me.” David is likewise “a very, very strong supporter of Israel forever,” and he criticized the Boycott, Divestment, and Sanctions movement (involved by Pink Floyd’s Roger Waters) against Israel in 2019, stating “The very notion that Waters and the rest of his Nazi comrades decide that this is the way to move forward and foster change is absolute lunacy and stupidity. It makes absolutely no sense. It is founded solely on hate of a culture and a people in a civilization that has been unjustly maligned from the dawn of time.”