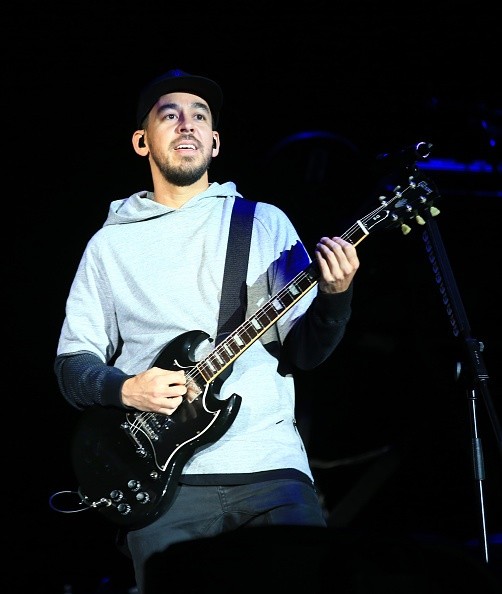 How much is Mike Shinoda Net worth?

American musician, record producer, and artist Mike Shinoda has a net worth of $65 million. Mike Shinoda is well recognized as a member of the alternative rock group Linkin Park. The band has sold over 70 million records globally to date. Mike has created much of the record artwork for the band. They were undoubtedly the most popular rock band of the twenty-first century. In 2004, he also established the hip hop side project Fort Minor. Shinoda also co-founded Machine Shop Records and released his debut solo album “Post Traumatic” in 2018.

Mike Shinoda was born in Los Angeles on February 11, 1977, and reared in Agoura Hills. His father is of Japanese-American ancestry, and he has a younger brother named Jason. Shinoda’s mother pushed him to take classical piano lessons when he was six, and by the time he was 13, he was gravitating toward blues, jazz, and hip hop. Together with Rob Bourdon and Brad Delson, he attended Agoura High School and created the band Xero. Shinoda studied illustration and graphic design at the Art Center College of Design in Pasadena following his graduation. In 1998, he earned a Bachelor of Arts in illustration and went on to find employment as a graphic designer.

Linkin Park began as Xero in 1996, when Shinoda and his classmates Rob Bourdon and Brad Delson founded the band. Eventually, turntablist Joe Hahn, vocalist Mark Wakefield, and bassist Dave Farrell joined the group. “Xero,” a four-track demo cassette, was the group’s debut recording. Wakefield and Farrell left the band to pursue other musical projects when they were unable to gain a record contract, but Farrell eventually rejoined. Eventually, Xero hired Chester Bennington and secured a record contract with Warner Bros. In 2000, the band, now known as Linkin Park, released its debut album, “Hybrid Theory.” The album debuted at number two on the Billboard 200 and propelled the band to international recognition. “Meteora” debuted at number one on the Billboard 200 and yielded the smash songs “Somewhere I Belong,” “Numb,” and “Breaking the Habit,” among others, three years later. “Minutes to Midnight,” “A Thousand Suns,” “Living Things,” “The Hunting Party,” and “One More Light” are subsequent albums. Additionally, Linkin Park and Jay-Z collaborated on the album “Collision Course.”

Shinoda is essential to the technical elements of Linkin Park’s recordings and has contributed to the lyrical and musical arrangements of the majority of the band’s songs. Additionally, he managed the group’s debut remix album, “Reanimation,” released in 2002, and collaborated with numerous artists on the band’s album artwork. Shinoda is well-known for his rapping on several Linkin Park songs, such as “Bleed it Out,” “Wretches and Kings,” and “Waiting for the End.” Shinoda raps on “Good Goodbye” alongside Pusha T and Stormzy.

Shinoda founded Fort Minor as a side project in 2004 to demonstrate his hip hop experience outside of Linkin Park. The trio then published their debut album, “The Rising Tied,” in 2005; it contained collaborations from singers like as Common, John Legend, Lupe Fiasco, and Holly Brook, and produced the smash track “Where’d You Go?” After a lengthy absence, Fort Minor reappeared ten years later with the single “Welcome.”

Shinoda released the EP “Post Traumatic” in January 2018, following the passing of bandmate Chester Bennington. Later in the year, he released “Crossing a Line” and “Nothing Makes Sense Anymore” for his debut studio album, both titled “Post Traumatic.” Following “About You” were “Running From My Shadow,” “Ghosts,” and “Fine.” Shinoda began providing new songs through live streaming from his home studio in March 2020, when the COVID-19 epidemic began. This music was released throughout the course of the year on three albums: “Dropped Frames, Vol. 1,” “Dropped Frames, Vol. 2,” and “Dropped Frames, Vol. 3.” Shinoda released the single “Happy Endings” in 2021, which featured guest vocals from Upshl and Iann Dior.

As a music producer, Shinoda has worked with various different musicians over his career. Among others, he has collaborated with the X-Ecutioners, Lupe Fiasco, and Styles of Beyond. In 2001, he co-founded Machine Shop Recordings with fellow Linkin Park member Brad Delson. The label, which focuses on releasing rock, hip hop, and nu metal music, has released artists such as No Warning and Skylar Grey.

Shinoda has contributed as an artist to the album art, merchandise, online design, and concert staging of Linkin Park. He also designed the album covers for “2000 Fold” by Styles of Beyond, “The Underground Tapes” by Saukrates, and DJ Frane’s “Frane’s Fantastic Boatride.” He has, among other things, developed shoes and toys. Shinoda established a fund at his alma school, Art Center College of Design, for graphic design and illustration students in 2006. A few years later, he presented nine new works of art at the Japanese American National Museum in Los Angeles.

Shinoda and Linkin Park, on the altruistic side of things, formed the nonprofit organization Music for Relief after the 2004 Indian Ocean tsunami. The organization gives relief to survivors of natural disasters and offers environmental measures to prevent future occurrences. Music for Relief has collected millions of dollars for victims of catastrophes such as Hurricane Katrina, Cyclone Sidr, the 2010 Haiti earthquake, and Typhoon Haiyan.

In October of 2019, Mike Shinoda purchased a brand-new house in Encino, California for $7.95 million.