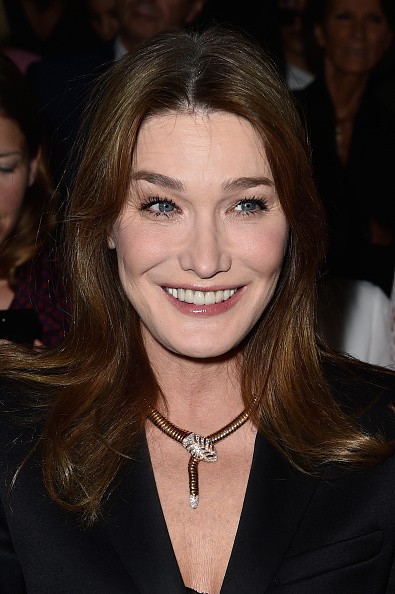 How much is Carla Bruni Net worth?

Italian-French singer, composer, and fashion model Carla Bruni. Carla Bruni has a $12 million net worth. “Quelqu’un m’a dit” spent 34 weeks in the top 10 of the French Album Chart in 2003, propelling her to prominence. Bruni became much more renowned in 2008 when she wed Nicolas Sarkozy, the president of France.

Carla Bruni was born as Carla Gilberta Bruni Tedeschi in Turin, Italy on December 23, 1967. Marisa, her biological mother, was a concert pianist, whilst Alberto, her adopted legal father, was an industrialist and classical composer. Bruni’s real father was supermarket billionaire Maurizio Remmert, who had previously had an affair with her mother. Bruni has a sister, the actress and director Valeria, and a brother called Virginio who died of complications from HIV/AIDS. Her grandfather created the Italian tire firm CEAT in the 1920s, and she is the heiress to its riches. Bruni went to France with her family at the age of seven and attended the boarding school Chateau Mont-Choisi in Lausanne, Switzerland. Later, she moved to Paris to study art and architecture, but at age 19 she dropped out to seek a career as a model.

Bruni joined with the City Models agency in 1987. Paul Marciano, the brand’s creative director and president, discovered her early in her career and cast her in ad campaigns for Guess jeans. Bruni later worked for a variety of renowned fashion companies and designers, including Givenchy, Christian Lacroix, John Galliano, Christian Dior, Chanel, and Versace. In the 1990s, she was one of the world’s highest-earning fashion models.

In 1997, Bruni quit the fashion industry to pursue a career in music. Her first effort was the 2000 album “Si j’étais elle” by Julien Clerc, to which she contributed lyrics. Bruni’s breakthrough came three years later, when she published her debut album, “Quelqu’un m’a dit,” which became a smash. It debuted at number one on the French Album Chart and remained in the top 10 for a total of 34 weeks. Additionally, the album debuted in the top 10 in Switzerland, Germany, Italy, Chile, and Portugal.

In 2005, Bruni composed the majority of the lyrics for the album “Longtemps” by Louis Bertignac. The following year, she recorded an English version of the song “Ces petits riens” by Serge Gainsbourg for the tribute album “Monsieur Gainsbourg Revisited.” In 2007, Bruni published her second album, “No Promises,” which is unique for the fact that all of its tracks are adaptations of great poetry. In 2008, she released her third album, “As if Nothing Were There.” Bruni recorded a duet with Harry Connick Jr. the next year for the French edition of his album “Your Songs.” Later, in 2013, she released her fourth studio album, titled “Little French Songs.” Four years later, she released “French Touch,” an album of cover songs. In 2020, a self-titled album was subsequently released.

Bruni had an uncredited appearance as herself in the 1994 film “Prêt-à-Porter” by Robert Altman. Four years later, she reprised her role in the French comedy “Paparazzi” as herself. In 2011, Bruni portrayed a docent at the Musée Rodin in Woody Allen’s “Midnight in Paris,” a fantasy comedy that won an Academy Award. In 2014, she hosted the three-part music series “Postcards from Paris” on television, and in 2018, she presented the three-part music series “C’est La Vie.”

In 2007, Bruni met the freshly divorced French president, Nicolas Sarkozy, at a dinner party. After a brief courtship, the couple wed in February of 2008 Bruni accompanied her husband on his several state visits, and her wardrobe choices frequently made headlines. In 2011, she and Sarkozy had their daughter Giulia. Bruni has a son named Aurélien from a previous relationship with the professor Raphal Enthoven. Earlier in her life, while she was still a model, Bruni dated Eric Clapton and Mick Jagger.

Bruni, who is married to Sarkozy, has frequently expressed political views at odds with his. Prior to their marriage, she indicated that she would have supported for his opponent in the French presidential race, Ségolène Royal. Bruni has generally supported the political left, although she also championed Sarkozy and the Union for a Popular Movement during and after her time as France’s first lady.

Bruni is well-known for her vast involvement in charity and philanthropy, in addition to her other accomplishments. In 2009, she established the Carla Bruni-Sarkozy Foundation to promote worldwide cultural access for all. In 2008, she became a global ambassador for the protection of mothers and children against HIV, and the following year, she formed the Carla Bruni-Sarkozy Foundation. Bruni is also an ardent supporter of the Born HIV Free campaign, the non-profit AIDES, the Nelson Mandela Foundation, War Child, and other animal rights organizations. She has went to Africa with the Global Fund to Fight AIDS, Tuberculosis, and Malaria as a representative.