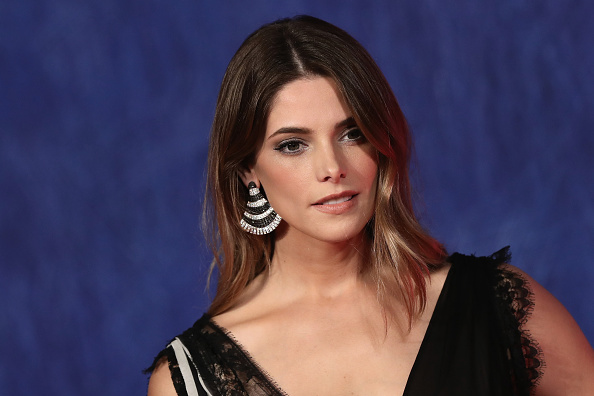 What is the net worth of Ashley Greene?

American actress and model Ashley Greene has a net worth of $8 million. Ashley Greene is widely recognized for portraying Alice Cullen in the “Twilight” film series. She has also appeared in “Butter,” “The Apparition,” “Kristy,” “Bombshell,” and “Aftermath.” Greene has recurring parts on “Desire” and “Pan Am” and a starring role in seasons three and four of the police thriller series “Rogue.”

Ashley Greene was born in Jacksonville, Florida on February 21, 1987 to Joe, a former US Marine who runs a concrete business, and Michele, an insurance agent. She attended University Christian School as a child and then transferred to Wolfson High School as a sophomore. Greene left high school early at the age of 17 and came to Los Angeles, California to pursue an acting career.

In 2006, Greene made her television debut in an episode of the criminal drama series “Crossing Jordan.” In the same year, she appeared in the sketch comedy series “Mad TV” and the American soap “Desire” in recurring roles. Greene made his big-screen debut in 2007 with a small role in the drama-comedy picture “King of California,” starring Michael Douglas and Evan Rachel Wood.

In 2008, Greene had her breakout role in the romantic fantasy picture “Twilight,” which was based on the first book in the series of namesake novels by Stephenie Meyer. She portrayed Esme and Carlisle Cullen’s adoptive daughter, the clairvoyant Alice Cullen. In the film’s four successful sequels, “The Twilight Saga: New Moon,” “The Twilight Saga: Eclipse,” “The Twilight Saga: Breaking Dawn – Part 1,” and “The Twilight Saga: Breaking Dawn – Part 2,” Greene reprised her role. During this time, the actress appeared in a number of further films. She appeared in the indie drama “Shrink” and the Canadian horror thriller “Summer’s Blood” in 2009. The following year, Greene played in the indie drama “Skateland” and had a supporting role in the dystopian science-fiction picture “Radio Free Albemuth,” which was based on the posthumously published novel of the same name by Philip K. Dick. Greene’s subsequent credits include the romantic sports drama “A Warrior’s Heart,” starring her “Twilight” co-star Kellan Lutz; the ensemble comedy “Butter”; the teen romantic drama “LOL,” starring Miley Cyrus and Demi Moore; and the supernatural horror film “The Apparition,” starring Sebastian Stan and Tom Felton.

After the completion of the “Twilight” series, Greene’s first film credit was 2013’s “CBGB,” a biographical drama about the eponymous old New York City music venue. Greene subsequently starred in three 2014 films, including Zach Braff’s drama “Wish I Was Here,” the horror thriller “Kristy,” and the zombie comedy “Burying the Ex.” Following “Staten Island Summer,” Greene directed the crime drama “Shangri-La Suite,” the thriller “Urge,” and the ensemble drama “In Dubious Battle,” which was partially based on a John Steinbeck novel. Greene portrayed television personality Abby Huntsman in the biographical drama “Bombshell” in 2019. In 2018, she appeared in “Accident Man” and “Antiquities.” In 2021, she had the lead part in the Netflix streaming thriller “Aftermath.”

In 2008, the same year she made her cinematic debut in “Twilight,” Greene appeared in an episode of “Shark,” a CBS courtroom drama series. From 2011 to 2012, she portrayed the recurring character Amanda Mason in the period drama television series “Pan Am.” Later, in 2016, Greene won her first lead part on a television series in the police drama “Rogue,” which also starred Thandiwe Newton, Sara Jeffery, Derek Luke, and Sarah Carter. Greene portrayed Mia Rochland in the show’s final two seasons. She subsequently appeared in the television movies “Christmas on My Mind” and “The Charm Bracelet.”

As a model, Greene appeared in advertising for the beverage company SoBe wearing a body-painted bikini; these campaigns were featured in the 2010 Sports Illustrated Swimsuit Edition. She got the Style Icon Award at the Young Hollywood Awards in the same year.

Greene has appeared in a number of mediums outside of cinema and television. In 2005, she appeared in the promotional music video for “Lyudi Invalidy” by the Russian duet t.A.T.u. Greene voiced Barbara Joan Gordon and Batgirl in the action-adventure video game “Batman: Arkham Knight” a decade later. Based on the “Step Up” film series, she plays the recurring character of Nine Sanders in the second season of the web series “Step Up: High Water” in 2019.

Greene became engaged to Australian-Lebanese television personality Paul Khoury in December of 2016; the couple wed in July of 2018 in San Jose, California. Greene dated singer-songwriter Joe Jonas before to this relationship.

Greene, a native Floridian, is a fervent admirer of the Florida Gators.