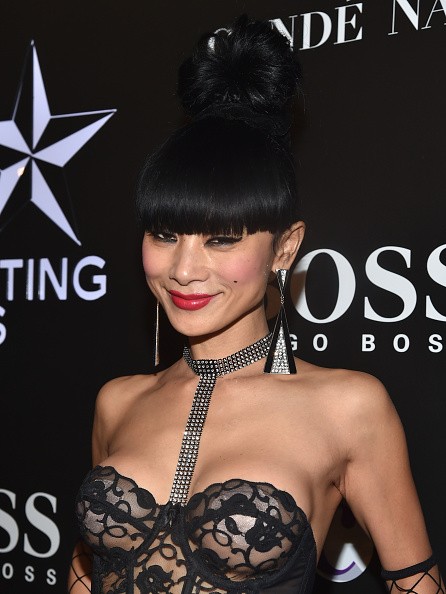 How much is Bai Ling Net worth?

Bai Ling is a Chinese-American actress with a $2 million net worth. Bai Ling has starred in movies such as “Dumplings,” “Southland Tales,” and “Maximum Impact,” as well as television series such as “Entourage” and “Lost.”

Bai was born on October 10, 1966 in Chengdu, China. Her father, Bai Yuxiang, served in the People’s Liberation Army as a musician before becoming a music instructor. Her mother, Chen Binbin, was a dancer, theater performer, and Sichuan University literature professor. Her parents chose to split in the early 1980s, following which her mother married the renowned author Xu Chi. Bai was raised with her sister Bai Jai and brother Bai Chen.

Bai liked acting and performing as a youngster since it was one of the few ways she was able to overcome her shyness and express herself. After completing middle school, she was sent to Shuangliu to perform manual labor before returning to Chengdu to finish high school. She graduated in 1978 and subsequently joined the People’s Liberation Army as an artist soldier in Nyingchi Prefecture, Tibet. Later, she alleged that many of the young ladies working there were assaulted and drugged by older male officials. She then joined the People’s Art Theater of Chengdu in 1981, where she began her career as an actress.

Bai made her film début in 1984 as a rural girl in “On the Beach.” She later acted in a number of further films until earning a position in “The Shining Arc,” which propelled her to popularity in China. In 1991, she traveled to the United States to become a visiting scholar in the cinema department at New York University. However, she was able to secure a special visa that permitted her to remain in the United States.

She was able to pursue parts in American cinema and television due to her freedom to remain in the country. In her first major American picture, “The Crow” (1994), she portrayed the main antagonist’s lover. In 1997, she co-starred with Richard Gere in “Red Corner,” for which she received high praise from the film critic of “The New York Times” and won multiple awards, including the National Board of Review Freedom for Breakthrough Female Performance and the San Diego Film Critics Society Award for Best Actress. As a result of the film’s criticism of human rights violations in China, the Chinese authorities withdrew her citizenship, and she was subsequently allowed to become a citizen of the United States.

“People” magazine named Bai on its annual list of the “50 Most Beautiful People in the World” in 1998. She subsequently starred in “Anna and the King” and was scheduled to appear in “Star Wars: Episode III – Revenge of the Sith,” but her parts were deleted from the film. Bai stated that this was due to her decision to appear in an issue of “Playboy” that was scheduled to hit newsstands at the same time as the film’s release, but director George Lucas refuted this assertion.

In 2004, she returned to Chinese cinema by co-starring in Fruit Chan’s indie feature “Dumplings.” She got the 2005 Hong Kong Film Award for Best Supporting Actress for her performance and regained her fame among Chinese moviegoers. In the same year, she was highly lauded for her performance with Nick Nolte in “The Beautiful Country.”

As a member of the official jury for the 55th Berlin International Cinema Festival in 2005, her position on the international film scene was further solidified. She also appeared in the second season of the hit television series “Entourage” as Vincent Chase’s love interest.

In 2007, she featured in the Cannes Cinematic Festival premiere of the film adaptation of the novel Shanghai Baby. She proceeded to book film and television parts, such as “Lost,” “Love Ranch,” “Crank: High Voltage,” and “A Beautiful Life.” She received the Best Actress award at the 2013 Los Angeles Cinema Festival of Hollywood and the 2014 Asians on Film Festival for her role in “Game of Assassins.” She was highly lauded for her performances in “Speed Dragon” and “The Key.”

Bai likes experimenting with fashion, and she gained a reputation for wearing outlandish outfits on red carpet events. She has also made remarks on the transformation of her public image from one that was more classically lovely and innocent to one that is more stereotypically Hollywood.

Bai has also been afoul of the law, as she was arrested stealing at Los Angeles International Airport in 2008, which she subsequently explained was because she was having a bad day after a breakup. In March of 2008, she pleaded guilty to disturbing the peace. In 2011, she featured on the fifth season of the VH1 reality show “Celebrity Rehab with Dr. Drew,” which chronicled her recovery efforts. Also openly bisexual is Bai.