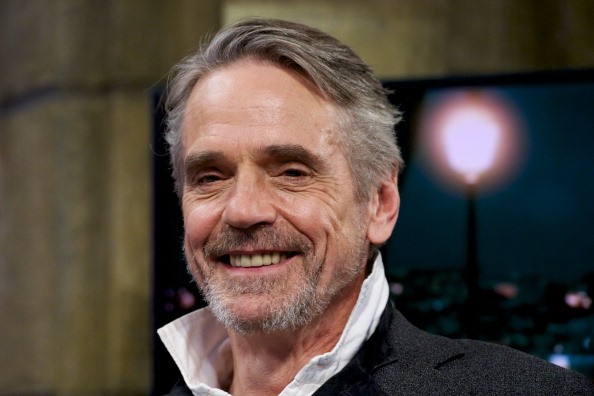 What is the Net Worth and Salary of Jeremy Irons?

Jeremy Irons is a multi-award-winning English actor with a $25 million net worth. Jeremy Irons began his theatrical career at the Bristol Old Vic. Since then, he has starred in various films and television programs, including “Brideshead Revisited,” “Moonlighting,” “The Mission,” “Dead Ringers,” and “Reversal of Fortune,” for which he won an Oscar for Best Actor. Irons also lent his voice to the antagonist Scar in Disney’s “The Lion King” and was praised for his performances in the historical television series “Elizabeth I” and “The Borgias.”

Jeremy Irons was born in Cowes, Isle of Wight, England on September 19, 1948 parents Barbara and Paul. He has a brother named Christopher and a sister named Felicity who are older than him. Irons attended the exclusive Sherborne School in Dorset as a child, where he played the drum and harmonica in the four-piece school band.

Beginnings of Careers in Theatre

As an aspiring actor, Irons received training at the Bristol Old Vic Theatre School. In 1969, he appeared in his first plays, such as “The Winter’s Tale,” “Hay Fever,” “What the Butler Saw,” “Major Barbara,” “Macbeth,” and “The Boy Friend.” The following year, Irons appeared at Little Theatre Bristol in “Oh! What a Lovely War” and “The School for Scandal.” He performed John the Baptist and Judas in “Godspell” at Roundhouse and Wyndham’s Theatre from 1971 to 1973.

Irons made his feature film debut in 1980 in the biographical drama “Nijinsky” with a supporting role. The next year, he played his first main part alongside Meryl Streep in the romantic drama “The French Lieutenant’s Woman.” In the 1982 film “Moonlighting” by Jerzy Skolimowski, Jeremy Irons portrayed an exiled Polish electrician in London. Subsequently, the actor appeared in films such as “Betrayal,” “The Wild Duck,” “Swan in Love,” and “The Mission.” In the 1988 psychological thriller “Dead Ringers” by David Cronenberg, Irons delivers one of his most acclaimed performances as twin gynecologists Beverly and Elliot Mantle. Then, he starred in “A Chorus of Disapproval,” “Australia,” and “Danny, the Champion of the World.”

In the 1990 film “Reversal of Fortune,” Irons portrayed British solicitor and socialite Claus von Bülow and received the Academy Award for Best Actor. Following this triumph, he appeared in Jir Menzel’s “The Beggar’s Opera” and in Steven Soderbergh’s “Kafka” as the titular author. In Disney’s animated “The Lion King,” he voiced the antagonist Scar. Irons had prominent roles in films such as “Die Hard with a Vengeance,” “Chinese Box,” “Lolita,” and “The Man in the Iron Mask” for the remainder of the decade. In the early to mid-2000s, he worked on such films as “The Time Machine,” “And Now… Ladies and Gentlemen,” “The Merchant of Venice,” “Being Julia,” “Kingdom of Heaven,” “Casanova,” “Inland Empire,” and “Eragon.” Irons has also appeared in the films “Appaloosa,” “Margin Call,” “Beautiful Creatures,” “Race,” “Assassin’s Creed,” “Justice League,” and “House of Gucci”

In the early 1970s, Irons began his television career on British television with roles in “The Rivals of Sherlock Holmes,” “The Pallisers,” and “Notorious Woman.” In 1978, he appeared in an adaptation of the Aidan Higgins novel “Langrishe, Go Down.” In 1977, he starred in an adaptation of the H. E. Bates novel “Love for Lydia.” Irons made his breakout performance as Charles Ryder in the ITV production of Evelyn Waugh’s “Brideshead Revisited” in 1981.

Irons returned to television in 2000 to portray horologist Rupert Gould in the miniseries “Longitude,” following occasional television appearances during the 1990s. He then portrayed F. Scott Fitzgerald in the television movie “Last Call.” In 2005, Irons had one of his most celebrated television performances when he portrayed Robert Dudley in the miniseries “Elizabeth I”; he received both the Golden Globe and Emmy Awards for his portrayal. His future credits include “The Color of Magic” and “Georgia O’Keeffe” for television. From 2011 to 2013, Irons portrayed Rodrigo Borgia in the historical fiction television series “The Borgias.” The two-part television film “Henry IV” and the superhero limited series “Watchmen” are among his other works.

Irons made his Broadway debut in 1984 with Tom Stoppard’s “The Real Thing,” following his success in London’s West End in the 1970s. He earned the Tony Award for Best Actor in a Play, starring alongside Glenn Close. Irons returned to England to perform in “The Winter’s Tale,” “The Rover,” and “Richard II.” In 2003, he performed in a New York production of Stephen Sondheim’s “A Little Night Music.” Following “Celebration” and “Embers” were “Never So Good” and “Embers.” In 2009, he returned to Broadway to portray Thomas Buckle in “Impressionism.” His latter works include “The Mystery Plays” and “Long Day’s Journey into Night” revival.

Irons married Julie Hallam in 1969 and divorced her the following year. Later, in 1978, he wed Irish actress Sinéad Cusack; the couple has two sons, Samuel and Maximilian, who have both starred in films alongside their father.

Irons owns Kilcoe Castle in Ireland and a home in the Liberties neighborhood of Dublin. Moreover, he has residences in Cowes, Oxfordshire, and London.