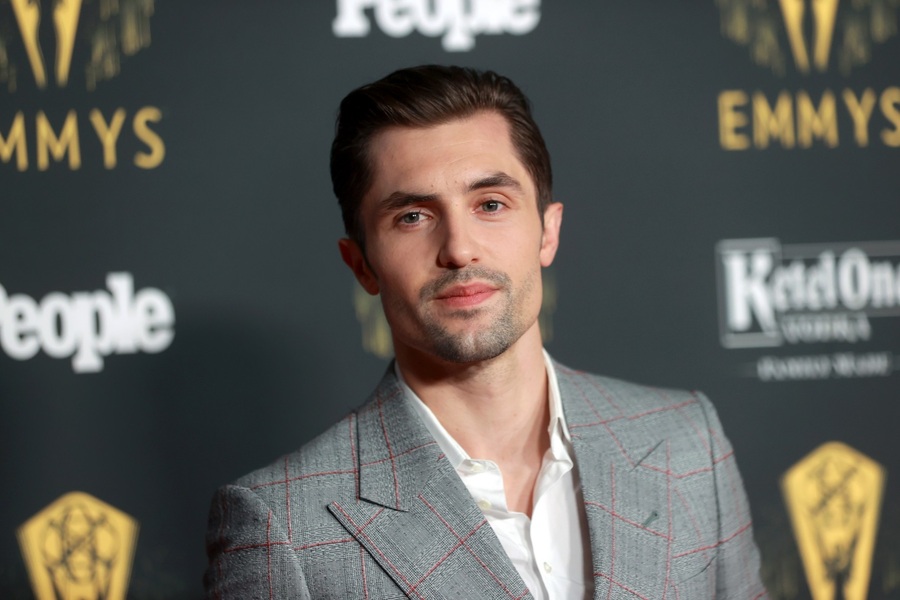 What is Phil Dunster’s Net Worth and Salary?

The English actor Phil Dunster has a net worth of $4 million. In the UK, Phil Dunster became well-known for his role as Lance Corporal Will Jensen on the TV show “Strike Back” from 2017 to 2018. Later, his roles on the TV shows “Save Me,” “Humans,” “The Trouble with Maggie Cole,” and “Ted Lasso” brought him more attention. Dunster has been in a number of movies, including “Megan Leavey,” “Judy,” and “The Good Liar.”

Phil Dunster was born in Reading, England, on March 31, 1992. He went to Leighton Park School as a child and liked to play rugby. But when he was 15, Dunster failed a tryout for the club London Irish RFC and realized he was too small for the sport. He went to Bristol Old Vic Theatre School to study acting during his college years.

Start of a Career in Television

In 2015, Dunster made his first appearance on TV. He played Nico in an episode of the British comedy show “Catastrophe.” In 2016, he was in two episodes of “Stan Lee’s Lucky Man,” a British crime show. Dunster’s big break came in 2017. He had roles on the sitcom “Benidorm” and in the BBC TV movie “Man in an Orange Shirt.” In the sixth season of the spy show “Strike Back,” he started playing the main character, Lance Corporal Will Jensen. The series is based on the book of the same name by Chris Ryan. It shows what Section 20, a branch of Britain’s Secret Intelligence Service, does. Daniel MacPherson, Warren Brown, Roxanne McKee, Alin Sumarwata, and Nina Sosanya joined Dunster in the cast.

More about a TV career

After “Strike Back” made him famous, Dunster started getting more and more important TV roles. In 2018, he had roles that came back on three different shows. On the drama show “Save Me,” Dunster played Barry Ward’s character’s son, BJ McGory. In season three of the science fiction show “Humans,” he played Tristan. Lastly, Dunster played Detective Chief Inspector Tom Pembroke in the third season of the police procedural “No Offence.” Next, he played Count Andrei Razumovsky in the 2019 miniseries “Catherine the Great,” which starred Helen Mirren as the Russian Empress of the same name. The miniseries was shown in four parts on HBO in the US and Sky Atlantic in the UK.

In 2020, Dunster had his next big year on TV. He started the year by playing Quincey Morris in the Bram Stoker novel-inspired three-part miniseries “Dracula.” The series, which starred Claes Bang as the Count, first aired on BBC One before coming to Netflix. A few months later, Dunster played Jamie Cole, the main character on “The Trouble with Maggie Cole,” a drama-comedy show. Dawn French plays the title character on the show, and Mark Heap, Julie Hesmondhalgh, Vicki Pepperdine, Patrick Robinson, and Gwyneth Keyworth are also in it. After that, Dunster played a young football striker named Jamie Tartt on the Apple TV+ sports drama series “Ted Lasso.” This was his biggest role to date. The highly rated and Emmy Award-winning show also stars Jason Sudeikis, Hannah Waddingham, Jeremy Swift, Brett Goldstein, Juno Temple, and Brendan Hunt, among others. In 2022, Dunster won the SAG Award for Outstanding Performance by an Ensemble in a Comedy Series for his work on the show “Ted Lasso.”

In 2013, he played Big Robbie in “A Film Maker’s Son,” which was his first movie role. Two years later, he played Dickie Baker in “The Rise of the Krays,” a low-budget biographical crime film about the criminal Kray twins and their early lives in London. In the 2016 sequel “The Fall of the Krays,” Dunster played the same character again. In 2017, he was in the biographical drama “Megan Leavey” with Kate Mara and played Colonel John Armstrong in Kenneth Branagh’s adaptation of the Agatha Christie novel of the same name, “Murder on the Orient Express.” In the 2019 biographical drama “Judy,” which starred Renée Zellweger, who won an Oscar, as actress Judy Garland, Dunster got her next movie role. In the 2019 crime thriller “The Good Liar,” Dunster played the younger version of Roy Courtnay, who was played by Ian McKellen.

In 2015, Dunster made his stage debut in “Much Ado About Nothing” by William Shakespeare at Reading Theatre. He played Claudio in the play. The next year, he was praised for his role in “Pink Mist,” which was shown at both the Bush Theatre and the Bristol Old Vic. Dunster’s work got him a nomination for the Laurence Olivier Award for Outstanding Achievement in an Affiliate Theater. In the same year, he was in “The Entertainer” by John Osborne, which was put on by the Kenneth Branagh Theatre Company.

Dunster has always loved football, and he cheers for the English professional team AFC Wimbledon. In his personal life, he is seeing the director Eleanor Hayden.