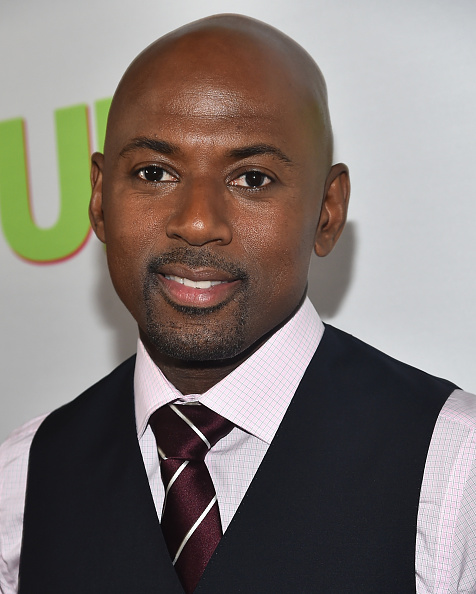 How much is Romany Malco Net worth?

American actor, rapper, and music producer Romany Malco has a net worth of $4 million. Romany Malco is most known for his appearances on “Weeds” and “A Million Little Things.” In addition, he has appeared in various films, such as “Urban Menace,” “The 40-Year-Old Virgin,” “Blades of Glory,” “A Little Bit of Heaven,” “Think Like a Man,” and “Night School.” In the early 1990s, Malco was a member of the hip hop group College Boyz as a recording artist.

Romany Malco was born to Trinidadian parents on November 18, 1968 in Brooklyn, New York City. He attended Ross S. Sterling High School and grew up in Baytown, Texas. Malco served in the United States Marine Corps from 1987 until 1991.

Malco created the hip hop group R.M.G. after graduating from high school; he called himself R.O.M. and was joined by Squeak, B. Selector, and DJ Cue. In 1991, the group relocated to Los Angeles, renamed themselves College Boyz, and obtained a recording contract with Virgin Records. 1992 saw the release of College Boyz’s debut studio album, Radio Fusion Radio. Although the album as a whole was not a major success, it did provide the smash single “Victim of the Ghetto,” which reached number 68 on the Billboard Hot 100 and number one on the Hot Rap Singles chart. 1994 marked the release of College Boyz’s second and last album, “Nuttin’ Less Nuttin’ Mo’.”

While working as a music producer on the 1997 film “The Pest,” John Leguizamo pushed Malco to seek a career in acting. In the 1999 low-budget horror film “Urban Menace,” he made his cinematic acting debut with fellow rappers Snoop Dogg, Big Pun, Fat Joe, and Ice-T. Malco reunited with Ice-T in the 1998 album “Corrupt” and with Ice-T and Snoop Dogg in the 2000 release “The Wrecking Crew.” He next starred in “The Prime Gig,” “Ticker,” “White Boy,” “The Tuxedo,” “True Vinyl,” and “Churchill: The Hollywood Years,” in which he portrayed Denzil Eisenhower, a spoof of the 34th president of the United States.

In 2005, Malco portrayed Jay in Judd Apatow’s blockbuster romantic comedy “The 40-Year-Old Virgin,” which was one of his most memorable cinematic performances. In the years that followed, he appeared in other high-profile comedies, including “The Ex,” “Blades of Glory,” “Baby Mama,” and “The Love Guru.” “Saint John of Las Vegas” stars Malco with Steve Buscemi and Sarah Silverman in 2010. Following “Gulliver’s Travels,” he authored “A Little Bit of Heaven.” Malco portrayed “player” Zeke Freeman in the 2012 romantic comedy “Think Like a Man”; the film’s economic success led to the sequel “Think Like a Man Too,” in which Malco repeated his character. Among his other works include the comedies “Last Vegas,” “Top Five,” “The DUFF,” “Almost Christmas,” “Night School,” and “Holiday Rush,” as well as the psychological thriller “When the Bough Breaks,” starring Regina Hall and Morris Chestnut.

In a 1998 episode of the CBS fantasy drama series “Touched by an Angel,” Malco made his television debut. In the same year, he also appeared in an episode of “For Your Love.” In 2000 and 2001, Malco portrayed Jerry Hooten in the short-lived science-fiction program Level 9. In 2005, he began portraying Conrad Shepard, a wholesale marijuana dealer, in the Showtime series “Weeds” as a series regular. Malco was a regular cast member for the first three seasons of the program and returned in 2012 as a guest star. During this period, he appeared on “Bored to Death” and “The Good Wife” and starred as an assistant district attorney and comic book fanatic on the short-lived ABC sitcom “No Ordinary Family.” In addition, he voiced Darius on the short-lived FX animated sitcom “Unsupervised” and as Tijuana Jackson on “Funny or Die Presents.”

From 2015 to 2016, Malco portrayed Patrick Stewart’s employer in the Starz sitcom “Blunt Talk” as a recurring character. During the same time frame, he co-starred with Ben Chaplin, Steve Zahn, and Michael Imperioli in the Amazon streaming crime series “Mad Dogs.” In 2018, Malco was cast as aspiring filmmaker Rome Howard on the ABC family drama series “A Million Little Things,” which became one of his most prominent performances.

In addition to cinema and television, Malco has made several guest appearances on podcasts. Among others, he has been as a guest star on “NSFW Show,” “The Nerdist,” “Equals Three,” “Sklarbro Country,” “WTF with Marc Maron,” and “Night Attack.”

Malco married former ice skater Taryn Dakha in 2008; they separated in 2016. In 2012, at the age of 52, Malco gave birth to his first child, a son called Brave. He has already reared two stepchildren. Malco, who is extremely cautious about his personal life, has not divulged the mother of Brave.