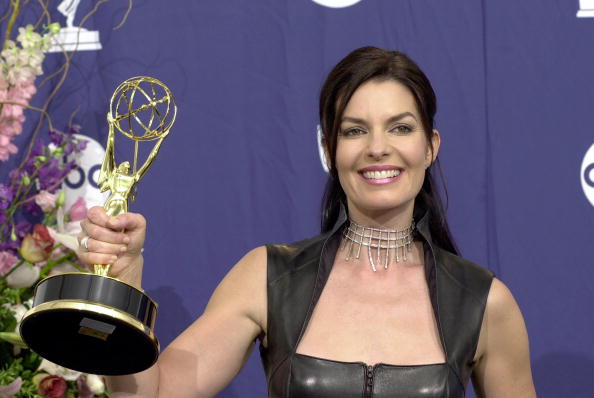 What is the net worth of Sela Ward?

Sela Ward is an American actress with a $100 million net worth. Howard Sherman, Sela’s spouse since 1993, is a highly successful private equity investor. Their combined assets are valued much more than $100 million.

Ward won her first Emmy Award after breaking through with a key role in the NBC drama series Sisters. She subsequently won a second Emmy and a Golden Globe for her performance in “Once and Again.” Ward subsequently appeared on “House,” “CSI: New York,” and “FBI.” Sela has acted in a large number of films during her career, including “The Man Who Loved Women”, “Nothing in Common”, “The Fugitive”, “The Day After Tomorrow”, “The Guardian”, and “Gone Girl”.

Sela Ann Ward was born in Meridian, Mississippi on July 11, 1956. Sela, who was raised alongside four younger brothers by a homemaker and an electrical engineer, attended high school in Meridian before enrolling at the University of Alabama. She was crowned Homecoming Queen while also joining the cheering team and Chi Omega sorority during her collegiate years. Regarding her academic career, Ward majored in both fine art and advertising.

After graduating from college in 1977, Sela moved to New York City to pursue a career as a storyboard artist. However, due to a lack of funds, she quickly turned to modeling in order to pay her expenses. Consequently, Ward was hired by a prominent agency and appeared in a number of television ads at this time. One of her first huge advertisements was for Maybelline cosmetics.

Eventually, Ward recognized the writing on the wall and moved to California to pursue an acting career. She initially collaborated with Burt Reynolds in the 1983 film The Man Who Loved Women. This quickly led to her first television appearance in the short-lived series “Emerald Point N.A.S.” Sela continued to book roles in television and film productions during the 1980s, including Tom Hanks’ “Nothing in Common.”

However, she did not achieve mainstream success until 1991, when she starred in “Sisters.” Her depiction as a bohemian alcoholic earned her the Emmy Award for Outstanding Lead Actress in a Drama Series in 1994. During this time, she also advanced in the film industry, landing a role with Harrison Ford in “The Fugitive.” Later, she received critical recognition for portraying journalist Jessica Savitch in the 1995 television film “Almost Golden: The Jessica Savitch Story.”

At this point, Sela was not considered for the part of a Bond girl since filmmakers deemed her to be too old. This prompted her to develop “The Changing Face of Beauty,” a new documentary on Hollywood’s obsession with young women. Nonetheless, ward was able to get prominent roles in several more films during the late 1990s, including “My Fellow Americans” and “Runaway Bride.”

During this time, she also appeared in other television programs, including “Frasier.” Additionally, Ward investigated options for voice acting in animated shows such as “The New Batman Adventures.” In the early 2000s, she received critical praise for her performance in 63 episodes of “Once and Again” until the series concluded in 2002. Over the following few years, Ward would appear on television programs such as “House,” “CSI: New York,” “Graves,” “Westworld,” and “FBI.”

In the early 2000s, she also appeared in films such as “The Badge” and “The Day After Tomorrow.” She would star in films such as “The Guardian,” “The Stepfather,” “Gone Girl,” and “Independence Day: Resurgence” throughout the next two decades. During this time, Ward was offered several other opportunities, but she declined them owing to her responsibilities to her family. In 2002, she wrote the memoir titled “Homesick.” This book describes her celebrity and entertainment business experiences.

Sela married entrepreneur Howard Sherman in 1992. Eventually, they had two children together.

Howard is an extremely successful investor in private equity. He is the founder and CEO of Inventure Holdings, a Beverly Hills-based company.

Sela Ward and Howard Sherman acquired a home in Bel Air for $3.8 million in 2003. In 2015, they listed the home for sale at a price of $39 million. Jennifer Lopez reportedly acquired Ward’s residence for $28 million in 2016. The mansion has 14,000 square feet of living area and sits on an 8-acre tract of land. After acquiring the home in 2003, Ward and Sherman made considerable renovations, which may explain the huge price increase over the subsequent decade.

There is an infinity pool, flooring that is 100 years old, a bar, and French doors. The 1940s-era mansion now features a 30-seat theater, a putting green, a private lake with a beach, and an outdoor kitchen with a pizza oven. In addition, there is a separate guesthouse that has been turned into an art studio and recording studio.

It was reported in 2021 that Sela had listed her Soho apartment for $5.795 million. In 2016, she and her husband initially paid $4,2 million for this home. The 2,400-square-foot apartment has 14-foot ceilings, cast-iron columns, and brick walls that are exposed. Furthermore, there are marble worktops, French doors, and a glass mezzanine. The house also features three bedrooms and breathtaking city views.