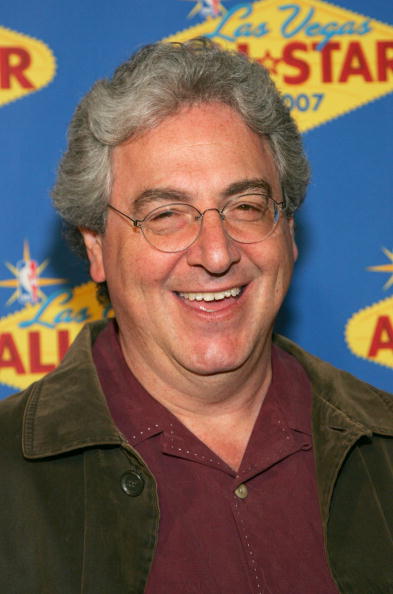 What was the net worth of Harold Ramis?

At the time of his death, Harold Ramis was an American actor, director, writer, and producer with a net worth of $90 million. In the 1980s and 1990s, Ramis starred in and penned some of the most successful comedies. “Stripes,” “Ghostbusters” (I and II), “Groundhog Day,” and “Year One” are among the most significant films Harold has written over his career. Harold directed such renowned films as “Cadyshack,” “National Lampoon’s Vacation,” “Groundhog Day,” and “Analyze This.” His most enduring part will likely be as the geeky Dr. Egon Spengler in the “Ghostbusters” series.

The spec script he created for the humor magazine National Lampoon was later adapted into the film “Animal House.” Animal House was made on a shoestring budget and grossed over $140 million, making it one of the most lucrative films of all time.

Harold Ramis was born in Chicago, Illinois on November 21, 1944 to Jewish parents Nathan and Ruth, who operated the Ace Food & Liquor Mart on the North Side. He attended Stephen K. Hayt Elementary School and Nicholas Senn High School as a child. Ramis pursued his higher studies at Washington University in St. Louis.

In college, Ramis began to compose comedic plays. Following graduation, he spent seven months working in a mental facility in St. Louis. Ramis evaded being drafted during the Vietnam War by using methamphetamine to fail his physical. Additionally, he studied and performed with the Second City improv comedy team. Ramis soon became a joke editor for Playboy magazine and was later moved to associate editor due to his experience as a newspaper writer.

In 1974, Ramis and many other Second City actors joined John Belushi in New York City for “The National Lampoon Radio Hour.” The ensemble also performed in “The National Lampoon Show” revue. From 1976 to 1979, Ramis was the lead writer of the sketch comedy series “SCTV,” in which he also appeared. Later, in 1984, he was important in the creation of the variety program “The Top” and served as its executive producer. The show included a blend of music, humor, and videos, with special appearances by Rodney Dangerfield, Dan Aykroyd, and Chevy Chase.

Directing and Writing for Film

In the late 1970s, Ramis quit “SCTV” to pursue a career in cinema. 1978 was his first major breakthrough as the co-writer of the John Belushi comedy “National Lampoon’s Animal House,” which smashed box-office records and became the highest-grossing comedy picture of the era. Next, Ramis co-wrote the 1979 comedy “Meatballs” starring Bill Murray, which was another huge triumph. In the years that followed, he collaborated often with Murray to achieve continuous success. In 1980, Ramis made his directing debut with the golf comedy “Caddyshack,” which he co-wrote and directed. The next year, he co-wrote “Stripes,” a military comedy. Ramis directed “National Lampoon’s Vacation” in 1983 and co-wrote and acted in the spooky comedic blockbuster “Ghostbusters” in 1984. In the 1980s, he also directed and co-wrote “Club Paradise” as well as “Back to School,” “Armed and Dangerous,” “Caddyshack II,” and “Ghostbusters II.”

Ramis directed and co-wrote the 1993 fantasy comedy “Groundhog Day,” which is arguably his most recognized work. He and co-writer Danny Rubin received the BAFTA Award for Best Original Screenplay for the screenplay. “Stuart Saves His Family” was written by and starred Al Franken; “Multiplicity” starred Michael Keaton and Andie MacDowell; and “Analyze This” starred Billy Crystal, Robert De Niro, and Crystal. Ramis also co-wrote the script for the latter picture and followed it up in 2002 with “Analyze That.” His other directing credits include “Bedazzled,” “The Ice Harvest,” and his final film, the 2009 adventure comedy “Year One.”

Michael Ovitz, the principal partner of talent agency CAA, negotiated extraordinarily generous wage conditions on behalf of Columbia Pictures in order to win the rights to the highly sought-after “Ghostbusters” script. All three primary performers (Aykroyd, Murray, and Ramis) and the film’s director, Ivan Reitman, would each receive thirty percent of the film’s box office, home video, and network licensing income. In the end, $300 million was divided among four parties. That is $75 million each individual. Inflation-adjusted, that is equivalent to $200 million PER PERSON!

For the sequel, the four protagonists were given an even better deal. They each earned an upfront payment of $6 million and then shared 35% of the gross revenue. The sequel to “Ghostbusters” grossed around $215 million at the movie office. It is reasonable to estimate that, between pay and backend points, each of the four made $50 million from the sequel. That is equivalent to $110 million when adjusted for inflation.

Harold Ramis made around $125 million without adjusting for inflation from the first two Ghostbusters. Taking into account inflation, he made $310 million in current dollars.

In 1981, Ramis made his big-screen acting debut in “Stripes” as Russell Ziskey. Three years later, he featured in “Ghostbusters” alongside Bill Murray, Dan Aykroyd, and Rick Moranis. Ramis appeared in “Baby Boom,” “Stealing Home,” and “Ghostbusters II,” in which he reprised his role as Dr. Egon Spengler, later in the decade. In the 1990s, he had roles in “Airheads,” “Love Affair,” and “As Good as It Gets.” In the 2000s, Ramis appeared in the comedies “Orange County,” “I’m with Lucy,” “The Last Kiss,” and “Knocked Up,” as well as in “Walk Hard: The Dewey Cox Story.” His final movie performance was in his 2009 film “Year One,” in which he portrayed the biblical Adam.

Ramis married San Francisco artist Anne Plotkin in 1967, and the couple had a daughter called Violet. Later, in 1984, the couple separated; the following year, Ramis had a daughter called Mollie with filmmaker Amy Heckerling. He married his second wife, Erica Mann, in 1989, and had sons Julian and Daniel with her. Ramis was an enthusiastic follower of the Chicago Cubs and enjoyed fencing, hat-making, and playing the guitar, among other hobbies.

In 2010, Ramis acquired an illness that resulted in significant health issues, including inability to walk. In 2011, following a brief period of rehabilitation, he relapsed. In February of 2014, at the age of 69, he died from complications of the condition. Many comedians, writers, actors, and filmmakers continue to be influenced by Ramis’s work, which has created a major legacy. Two years after his death, in 2016, the Second City in Chicago established the Harold Ramis Film School in his honor; it was the first cinematic school devoted only to film humor.