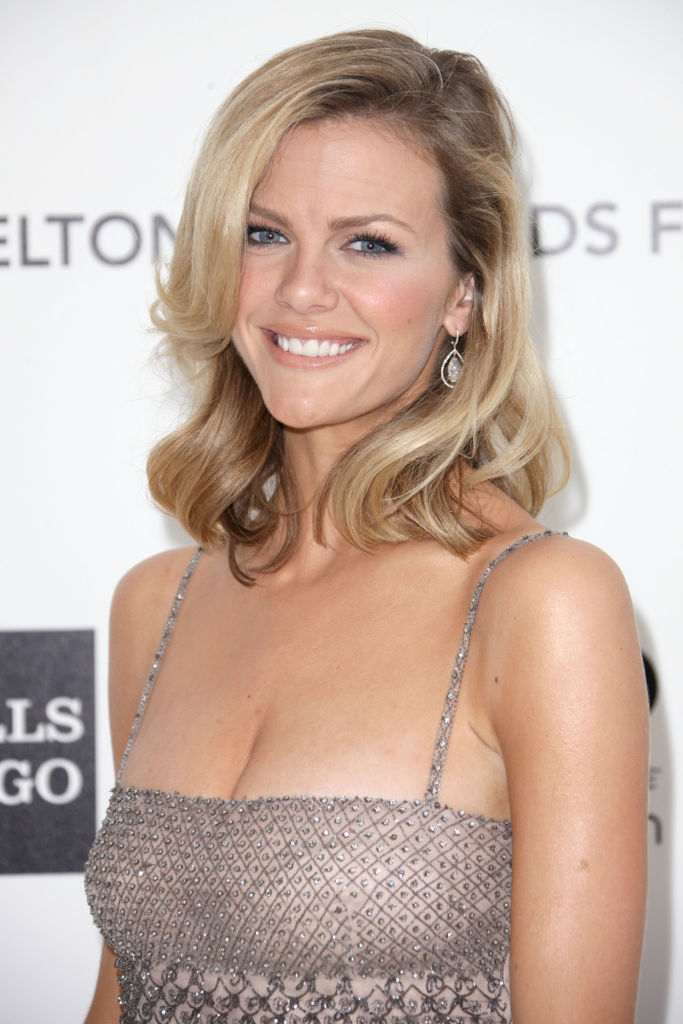 What is Brooklyn Decker’s net worth?

Brooklyn Decker is an American actress and fashion model with a $40 million net worth. That is how much she and Andy Roddick, her husband since 2009 and a retired pro tennis player, are worth together. Brooklyn Decker first became well-known when she started modeling for magazines, such as Sports Illustrated. The pictures of her in the Swimsuit Issue, including the cover of the 2010 issue, are what she is best known for. She has also been in movies and TV shows like “What to Expect When You’re Expecting” and “Grace & Frankie” on Netflix.

Brooklyn Danielle Decker was born in Kettering, Ohio, on April 12, 1987. Her mom worked as a nurse, and her dad sold pacemakers. When she was young, her family moved to Middletown, Ohio, but they eventually settled in Matthews, North Carolina, a suburb of Charlotte. She and her younger brother grew up there, and she went to David W. Butler High School. Her career as a model began when she was found in a shopping mall in North Carolina. She became the face of prom dress designer Mauri Simone. She won the Model of the Year award at the 2003 Connections Model and Talent Convention when she was only 15 years old. She started modeling for Teen Vogue when she was 17. For work, she would go back and forth from North Carolina to New York City.

Decker moved to New York City after she graduated from high school to start a career as a model. She had just moved to the city a few months before she tried out to be on the cover of the Sports Illustrated Swimsuit Edition. The next year, she was on the cover of the magazine. Decker had already modeled for Teen Vogue, Cosmopolitan, and Glamour, and she had been on the covers of GQ, Esquire, and Flare before she was in the coveted Swimsuit Edition. In 2007, she was in the Swimsuit Edition again, and she also hosted a special about what went on behind the scenes. In 2008, she was in the magazine for the third time. After being in the special edition for five years in a row, the cover of the magazine was offered to her in 2010. She was only 22 years old at the time, and she said she couldn’t believe she had reached her goal so early in her career.

She has been in ads for Victoria’s Secret, The Gap, Intimissimi, and Venus Razors. In 2005, she was a guest judge on the reality show “Germany’s Next Top Model,” which was about a contest to find the best model. In 2007, she had a column on the Sports Illustrated website called “She Says, Z Says.” In it, she and Paul Zimmerman talked about the NFL games of the week. In 2008, Decker and other SI models rang the bell at the New York Stock Exchange. Men’s Health named her one of the sexiest women of all time in 2010. She has also been in 3 Doors Down and Jimmy Buffet’s music videos.

Decker’s first movie role was in the 2006 comedy-drama “The Devil Wears Prada,” but her part was small and she wasn’t credited. In the 2007 comedy TV movie “Lipshitz Saves the World,” she played a role along with Leslie Neilson, Ty Burrell, and Jack Carpenter. This was her first film role. In 2009, she had a guest role on the Emmy-winning NBC show “Chuck,” the USA Network show “Royal Pains,” and the ABC comedy “Ugly Betty.”

Decker’s popularity grew a lot after she was on the cover of the Swimsuit Edition, and she started to take on more serious acting roles. In 2011, she was in the romantic comedy “Just Go with It” with Adam Sandler and Jennifer Aniston. Even though critics hated the movie and it won two Golden Razzberry Awards for worst actor and worst director, it was a big hit at the box office and made $214 million around the world. The next year, she played a physical therapist in the science fiction adventure film “Battleship,” which starred Rihanna, Liam Neeson, and Alex Skarsgrd, among others. Even though it made just over $300 million at the international box office, the movie didn’t live up to expectations. It cost $220 million to make, and critics had mixed things to say about it. Decker was up for the Worst Supporting Actress Golden Raspberry Award.

In the comedy film “What to Expect When You’re Expecting,” which came out the same year, she played the wife of a much older man who gets pregnant with twins. Cameron Diaz, Jennifer Lopez, Elizabeth Banks, and Chris Rock were all in the movie, but it was only a moderate success, making over $80 million worldwide on a $41.2 million budget. She had a small part in the 2014 comedy-crime movie “Stretch,” which starred Jessica Alba and Ed Helms. The film was supposed to be shown in theaters, but Universal Pictures dropped it, and the film’s producer couldn’t find another studio to distribute it. In the end, it was only sold for $5 million because it was only available on iTunes and as a video on demand.

Decker has made cameos on TV before, and she also starred in the comedy sitcom “Friends with Better Lives” for one season. She has been on “The League,” “New Girl,” and “Extreme Makeover: Home Edition,” all of which are TV shows. She got a supporting role on the Netflix show “Grace & Frankie” in 2015, and she was a regular on the show until the end of its seventh season.

She started dating tennis star Andy Roddick in 2007, and the next year they got engaged. They got married in 2009 and now live in Austin, Texas, which is Roddick’s home town. Together, they have two children. Decker likes the football team Carolina Panthers and the basketball team North Carolina Tar Heels.

Brooklyn and Andy bought an apartment in New York City for $1.1 million a year before they got married. The property still belongs to them.

Andy and Brooklyn bought a 1.8-acre lakefront property in Austin for an unknown amount in November 2009. This was just a few months after they got married. In 2013, they put the property up for sale for $12.5 million. It has a home that is almost 9,000 square feet. They couldn’t find a buyer, so they took the house off the market.