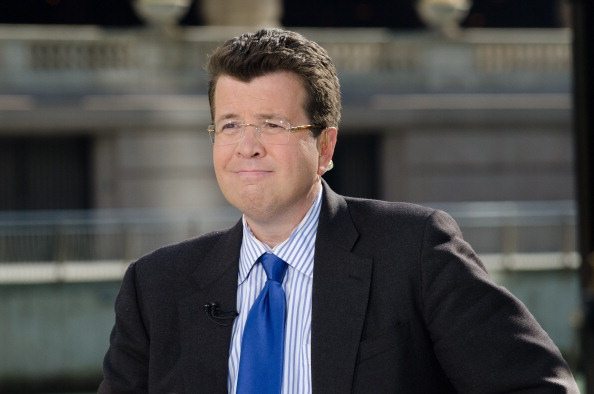 What is the Net Worth and Salary of Neil Cavuto?

Neil Cavuto is a television news anchor, business journalist, and pundit with a $25 million net worth. He is the host of “Cavuto Live” and “Your World with Neil Cavuto,” as well as “Cavuto: Coast to Coast” on the Fox Business Network. Cavuto often criticizes Donald Trump despite the fact that he works for Fox News.

Neil Cavuto was born in Westbury, New York on Long Island on September 22, 1958. His father Patrick was a sales executive for a can manufacturer, while his mother Kathleen worked for the United Nations and was also a housewife. Cavuto has Italian ancestry through his father and Irish ancestry through his mother. Growing up in Danbury, Connecticut, he attended Immaculate High School. Cavuto became the manager of a fish and chips restaurant at the age of 17. During the Carter era, he was an intern at the White House. Cavuto attended St. Bonaventure University in Allegany, New York, where he received a bachelor’s degree in public communication in 1980. He then enrolled at American University in Washington, D.C., where he received his master’s degree.

Cavuto began his television career in April of 1989 as a primary anchor and reporter for CNBC, co-anchoring the channel’s first program. In addition, he anchored “Power Lunch,” a business news program, and contributed to NBC’s “Today.” Cavuto then spent fifteen years reporting for the Public Broadcasting Service’s “Nightly Business Report.”

Cavuto joined Fox News in July of 1996, before to its official launch in October. His first job was as the host and managing editor of the news and business talk program “Your World with Neil Cavuto,” which combines interviews, analysis, updates on current events, and discussion of stock market fluctuations. Recurring segments include “Common Sense,” in which Cavuto provides his perspective on a particular news item; “Generation Hexed,” in which he discusses financial challenges with millennials; and “Mailing It In,” in which he reads aloud primarily negative social media posts and reader emails.

In March of 2006, Cavuto became vice president of Fox Business News. In January of 2018, he debuted a new two-hour weekend news program titled “Cavuto Live,” which focuses on the convergence between politics and business. Additionally, he hosts “Cavuto: Coast to Coast” on Fox Business Network’s sister station. The National Cable Television Association nominated Cavuto for five CableACE Awards for his efforts in television throughout the years.

Beyond television, Cavuto has also achieved success as a writer. In 2004, he published his debut book, “More Than Money.” The same year, Cavuto released “Your Money or Your Life.” These books were both New York Times bestsellers.

Cavuto has battled health challenges for the most of his life. After conquering a cancer that was nearly fatal, he was diagnosed with multiple sclerosis. In 2016, Cavuto underwent successful heart surgery. Five years later, despite being vaccinated, he tested positive for COVID-19.