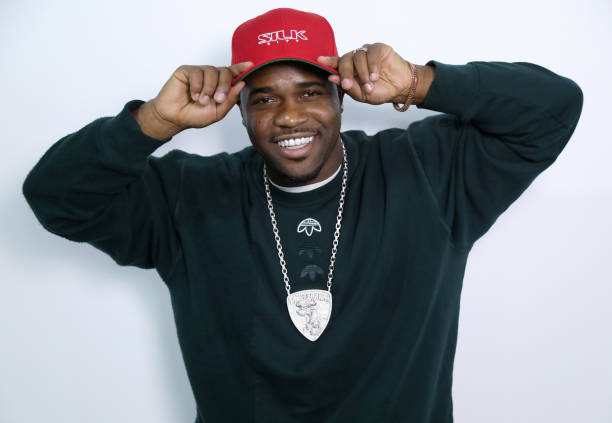 ASAP Ferg is an American hip-hop artist with a $6 million net worth. ASAP Ferg has put out music both as a solo artist and as a member of the A$AP Mob. The studio albums “Trap Lord” and “Always Strive and Prosper,” the EP “Floor Seats,” and the mixtape “Floor Seats II” are all solo works by him. Ferg also started the brand Traplord, which is about street fashion and lifestyle. He has worked as an ambassador for brands like Adidas and Tiffany’s.

ASAP Ferg’s real name is Darold Durard Brown Ferguson Jr., and he was born in New York City’s Harlem neighborhood on October 20, 1988. His parents were Trinidadian immigrants. His father, Darold Sr., ran a local shop where he printed logos and shirts for musicians like Heavy D, Bell Biv DeVoe, and Teddy Riley. As a teenager, Ferg got ideas from his father to start his own clothing and jewelry lines. In 2005, he started a business called Devoni Clothing, where he made and sold expensive belts.

Ferg started making music in the late 2000s. By 2009, he had developed a powerful trap style of hip hop. He joined the hip hop group A$AP Mob with his high school friend ASAP Rocky. Both of their stage names come from the group’s name.

“Trap Lord” was his first single.

In 2012, Ferg’s first single, “Work,” which was first released on the A$AP Mob mixtape “Lords Never Worry,” made him famous. Soon, more than two million people watched the music video for the song online, which put Ferg on the map. He then made a deal with RCA Records and Polo Grounds to make a record. Ferg finally put out his first studio album in August 2013. It was called “Trap Lord.” The album’s first week on the Billboard 200 chart put it at number nine. Artists like French Montana, Waka Flocka Flame, B-Real, and ASAP Rocky all made guest appearances. Three singles helped promote “Trap Lord”: “Hood Pope,” “Shabba,” and the remix of Ferg’s first single, “Work.”

After “Trap Lord” did well, Ferg put out his first mixtape, “Ferg Forever,” in November 2014. It has cameos by Twista, Big Sean, Wynter Gordon, M.I.A., and other artists. Ferg then put out the music video for his single “Dope Walk,” which was made up of only iPhone footage from New York Fashion Week. In 2016, Ferg put out “Always Strive and Prosper,” his second studio album. “New Level,” which featured Future, was the first single from the album. It reached number 90 on the Billboard Hot 100, making it Ferg’s highest-charting single to date.

Ferg’s third studio album, “Still Striving,” came out in 2017. It had guest spots from Meek Mill, Lil Yachty, Migos, Busta Rhymes, Snoop Dogg, and a lot of other artists. The album was promoted by the single “Plain Jane,” which reached number 26 on the Billboard Hot 100 and became Ferg’s new highest-charting single. Nicki Minaj was added to a remix of the song that came out later in the year. Ferg has also put out the EP “Floor Seats” and the mixtape “Floor Seats II,” both of which came out in 2019 and 2020, respectively. The song “Move Your Hips” by Minaj and MadeinTYO came from the second album. Notably, the song dropped from number 19 to number 99 on the Billboard Hot 100 in just one week, which set a record for the biggest drop in a single week.

Appearances in the News

Ferg has been a guest artist on a lot of songs by other singers and rappers. In 2014, he was on “Hands on Me” by Ariane Grande, “Lotta That” by G-Eazy, “Don’t Wanna Dance” by Elie Varner, “My Song 5” by Haim, and “Whiteline” by Crystal Caines, among other songs. Since then, he has been on songs like “That Damaged Girl” by SEVDALIZA, “Look At Us Now” by Lost Kings, “Our Streets” by DJ Premier, “Lit” by Octavian, “Bezerk” by Big Sean, and “Say it Again” by Onefour.

Ferg went on the 23-stop Turnt & Burnt tour with Playboi Carti in 2016. This was one of his most well-known tours. On his tours, he is with his DJ, TJ Mizell, who is the son of the famous DJ Jam Master Jay.

Ferg has made a few appearances on TV shows over the years. In 2016, he did the voice of Bodega Cat in an episode of the animated comedy show “Animals” for adults. In 2020, he was on “The Eric Andre Show,” which was a sketch comedy show. Ferg was also a guest on an episode of the Netflix reality show “Nailed It!” in 2021.

Ferg started the streetwear and lifestyle brand Traplord in New York City at the end of 2012. The brand is named after Ferg’s first studio album and is based on his background in design and fashion. It sells things like bucket hats, snapbacks, and camouflage-print clothing. Traplord has worked with other brands like Young & Reckless, Virgin Mega, and Culture Kings to create exclusive clothing lines and limited-edition capsule collections.