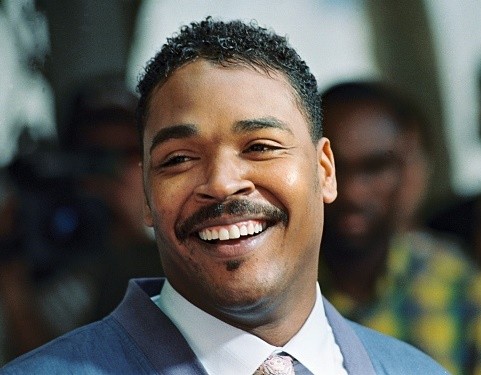 What was the Net Worth of Rodney King?

Rodney King was an American who rose to fame following an LAPD instance of police abuse. The net worth of Rodney King was $250 thousand. King was assaulted by cops on March 3, 1991. Uninvolved spectator George Holliday filmed the event on camera. The footage shows cops striking King repeatedly with batons. Other LAPD officers who were there just stood by and did nothing to prevent this vicious attack. Three of the four cops were acquitted and a verdict was not reached for the fourth. The outcomes of this trial were responsible for the 1992 Los Angeles riots. Two of the four LAPD officers were found guilty and sentenced to jail at a federal trial for civil rights abuses, while the other two were cleared of all counts.

King was given a $3.8 million settlement as a consequence of the civil rights trial; he utilized a portion of the money to establish his own Hip-Hop record label, Straight Alta-Pazz Recording Company.

King was born in Sacramento, California on April 2, 1965. In Altadena, California, he was raised alongside his four siblings by Ronald and Odessa King. He attended John Muir High School and loved his social studies subject in particular. In 1984, when King was 19 years old, his father passed away at age 42.

Assault by Police and Trial

On March 3, 1991, King and two of his companions were driving home after spending the evening at a friend’s house watching basketball and drinking. Upon noticing that King was speeding, a police cruiser took pursuit, which resulted in an 8-mile high-speed chase before police officers were able to corner King’s vehicle. At that time, Stacey Koon, Laurence Powell, Timothy Wind, Theodore Briseno, and Rolando Solano were on the scene.

George Holliday, a neighboring resident, was photographing the situation with his camcorder from his apartment balcony. Holliday delivered the resultant tape to a local television station, and it subsequently became a media phenomenon. Officer Stacey Koon, the commanding officer on the scene, directed the arrest. The video depicted the police striking King mercilessly with batons. The cops later claimed that King was fighting arrest, however the video and witnesses contradict this assertion.

After his arrest, King was brought to the hospital with various injuries. Two days after the video aired, the Los Angeles County District Attorney charged four policemen, one of whom was a sergeant, with assault and excessive force. The trial was place in Ventura County, and after seven days of jury deliberation, three of the four cops were cleared of using excessive force.

The 1992 Los Angeles riots began within hours of the verdict and continued for six days. The decision infuriated the African-American population in Los Angeles, and minor riots erupted in other U.S. cities. At the conclusion of the riots, over 60 people were dead, over 2,000 were injured, and over 7,000 fires were started. During the riots, King appeared on television and made the now-famous appeal for everyone to “just get along.”

After the acquittals, the United States Department of Justice pursued prosecutions for breaches of King’s civil rights by the police officers. The trial started in February 1993. Officers Stacey Koon and Laurence Powell were found guilty and sentenced to 30 months in prison, whilst the other two were acquitted, but were afterwards fired from the LAPD. The jury awarded King $3.8 million in damages and $1.7 million in legal costs after he sued the city of Los Angeles.

A few months before his death, King published his autobiography “The Riot Within: My Journey from Rebellion to Redemption” in April 2012. His boyhood and his personal story of the 1991 beating and ensuing trials are detailed in the book.

King and Daneta Lyles were married from 1985 to 1988. Together, they have a daughter. The next year, in 1989, he wed Crystal Waters, with whom he had a daughter. Before he married, he had a daughter with his girlfriend, Carmen Simpson. During the two years prior to his death, he was in a relationship with Cynthia Kelley, a juror in the civil suit he filed against the City of Los Angeles. In 2010, they confirmed their engagement.

Throughout his life, King battled alcoholism and substance addiction. After the event in 1991, he was arrested many times, generally for driving under the influence or while inebriated. Additionally, he was accused of domestic violence towards Cynthia Kelley. In 2008, he entered the Pasadena Recovery Center in California in an effort to get sober and joined the cast of the second season of “Celebrity Rehab with Dr. Drew.” After 11 months of recovery, he featured in a number of subsequent performances, including as an alumnus speaking on a panel for the third season cast. However, at some point during his latter years, he resumed drinking.

On Father’s Day in 2012, King’s partner Cynthia discovered his body at the bottom of his pool. Strangely, it had been 28 years to the day since King’s father had been discovered drowned in his bathtub; both deaths were attributed to accidental drowning. The postmortem report found that King had narcotics and alcohol in his blood, which likely coupled with his preexisting heart disease to induce a cardiac arrhythmia, leaving him paralyzed in the water and resulting in his drowning.

Many people attended King’s funeral, and Reverend Al Sharpton delivered the eulogy. He is buried at Los Angeles’s Forest Lawn Memorial Park. Since then, King has become a symbol of police brutality, and the narrative of his violent beating has been depicted in different creative forms and media, such as the 1997 film “Riot,” the 1998 film “American History X,” and the one-man play “Rodney King” by Roger Guenver Smith.

His daughter, Lora King, established the Rodney King Foundation on his behalf.