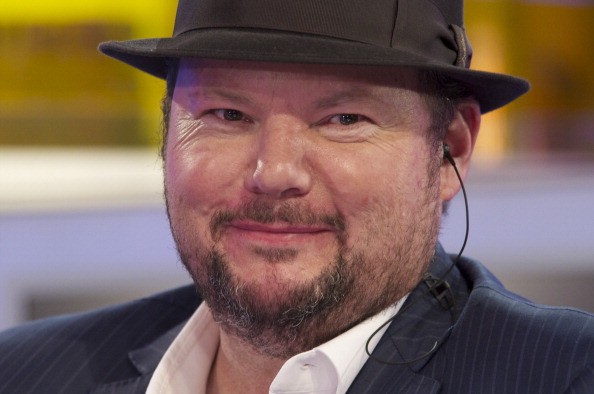 What is the net worth of Christopher Cross?

Singer, composer, and musician Christopher Cross has a net worth of $10 million. Christopher Cross rose to prominence in 1979 with the release of his debut album, which won five Grammys. His singles “Sailing” and “Arthur’s Theme (Best That You Can Do)” both topped the Billboard Hot 100, with “Arthur’s Theme (Best That You Can Do)” also receiving the Academy Award for Best Original Song. Cross’s later albums include “Back of My Mind”, “Walking in Avalon”, “Doctor Faith”, and “Take Me As I Am”.

Christopher Cross was born Christopher Charles Geppert in San Antonio, Texas on May 3, 1951. He spent the most of his boyhood on Newbury Terrace in Terrell Hills. His father was a doctor in the United States Army who acted as the physician for President Eisenhower’s grandkids. Cross attended Alamo Heights High School as a kid, where he participated in football and track and field. The year following graduation, he made his first significant musical endeavor with the local cover band Flash. He also played guitar for a Deep Purple concert in 1970, while Ritchie Blackmore was unwell. Cross secured a solo recording contract with Warner Bros. Records in 1978.

Cross’s professional breakthrough occurred in 1979, when he published his self-titled first album, which was an instant hit. This album produced the top-twenty Billboard Hot 100 singles “Ride Like the Wind,” “Never Be the Same,” and “Say You’ll Be Mine.” In addition, it spawned the number-one song “Sailing.” Cross received five Grammy Awards, including Album of the Year, Record of the Year, Song of the Year, and Best New Artist, for the album. He was the first performer in Grammy history to win all four general field categories at the same night.

In 1981, Cross scored one of the biggest hits of his career with “Arthur’s Theme (Best That You Can Do)”. The song, composed by Burt Bacharach, Carole Bayer Sager, and Peter Allen for the comedy film “Arthur,” topped the Billboard Hot 100 and received the Academy Award for Best Original Song.

Cross’s second album, “Another Page,” was published in 1983, following his phenomenal success with both his first and “Arthur’s Theme.” Although not as popular as his initial albums, the album nonetheless produced the top-20 Billboard Hot 100 songs “Think of Laura” and “All Right.” CBS Sports utilized the latter track in its NCAA Men’s Division I highlights compilation.

In the mid-1980s, Cross’ trademark brand of soft rock fell out of popularity due to the development of MTV and rougher styles of music, precipitating a significant decrease in his career. In 1985, he replied by producing his third album, “Every Turn of the World,” which featured a harder rock sound than normal but failed to produce any top-40 singles. Cross released “Back of My Mind” three years later, which likewise failed to chart in the United States.

Cross released the albums Rendezvous, Window, and Walking in Avalon in the 1990s. Although several of these were positively received by critics, they were not commercially successful. Throughout the decade, Cross also toured and opened for a variety of acts.

Throughout his career, Cross has worked with several musicians outside of his own recordings. In the 1980s, he supplied backing vocals to numerous songs, including “Forever” by the Alessi Brothers, “You Were Great, How Was I?” by Olivia Newton-John, “California Girls” by David Lee Roth, and “Night Time” by Brian Wilson. Cross has also contributed to the songs “So Far Away” by Alan Parsons, “Love Remains” by Alabama, “How Long” by Jeff Golub, and “Imagination of You” by Eric Johnson. In addition, he performed the bassoon and French horn on “Peanut Butter Karma” from Monsterland.

In 2002, Cross toured alongside Mark Farner, Jack Bruce, Alan Parsons, Todd Rundgren, and Eric Carmen on “A Walk Down Abbey Road.” The next year, Joey Molland and Denny Laine were added to the roster, and he rejoined the tour.

Cross stated on his Facebook page in April of 2020 that he had tested positive with COVID-19. Later, he stated on Twitter that he had lost the use of his legs owing to a case of Guillain-Barré syndrome caused by the virus. Cross’s virus-related symptoms persisted, making him a long-term survivor.