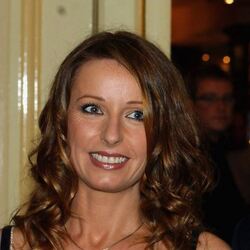 How much is Jade Thirlwall Net worth?

English singer-songwriter and activist Jade Thirlwall has a net worth of $8 million. She is best known for being in the British girl group Little Mix.

She was born in December 1992 in South Shields, Tyne and Wear, England. Little Mix came together in 2011 on the reality TV show The X Factor. More than 50 million albums and singles have been sold by the group. Jade Thirlwall has written songs for Britney Spears, Iggy Azalea, and Little Mix. She got an Ethnicity Award Equality Award in 2020. Little Mix’s first studio album, DNA, came out in 2012. It got to #3 in the UK and Ireland. In 2013, they put out the album Salute, which went to #4 in the UK and Australia. In 2015, Little Mix came out with the album Get Weird, which went to number two in the UK and number one in Australia. In 2016, they put out an album called Glory Days, which went to #1 in the UK and Ireland. In 2018 and 2020, they also did well with the albums LM5 and Confetti.